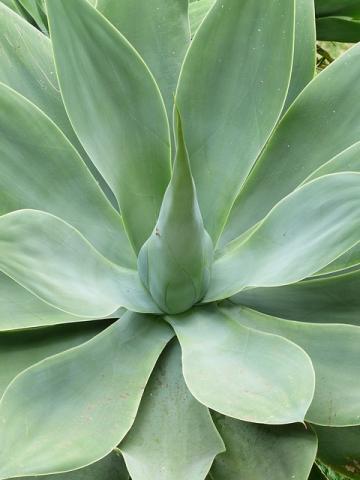 The agave plant ranges from the southwestern United States down through Central America to the northern regions of South America. It is the same plant that is used to make tequila. For centuries, the native peoples gathered the plants and removed the leaves to extract the sap from the core. They boiled the sap to form a thick nectar. Agave nectar did not find its way into modern America until the 1990’s when the process of hydrolysis could be applied to the agave. This process heats the extracted agave juice in a mass production, making it a viable commercial product. There are several benefits found in agave nectar – here are the top 4 reasons to add agave nectar as a staple to your pantry:

1. Skips the Blood Sugar Spikes: Agave nectar has a lower glycemic index than sugar or corn nectar. It assimilates into the blood stream quicker than other sweeteners. Because of this factor, using it does not create blood sugar spikes like other sweeteners.

2. Doesn’t Steal Your Flavor: Agave nectar is a clear sweetener that has no flavor. It is an excellent substitute for other sweeteners like honey, brown sugar and maple syrup because it only sweetens and it does not add flavor to recipes.

3. Holds Well: Organic agave nectar is a syrup and therefore dissolves quickly in recipes and hot and cold beverages. It also does not need to be refrigerated. It is a good product for vegans because it is derived from a plant and is a non-genetically modified organism.

Agave nectar replaces conventional sweeteners in recipes with an approximate ratio of three-quarters of a cup of agave nectar to one cup of refined sugar. This can be modified to satisfy each individual’s taste. In baking, reduce other liquids in a recipe by thirty percent and baking temperature by twenty-five degrees Fahrenheit and increase the baking time.

Now that we’ve convinced you to make agave nectar a regular on your table, where do you start? Try this unique twist on some fall favorites: