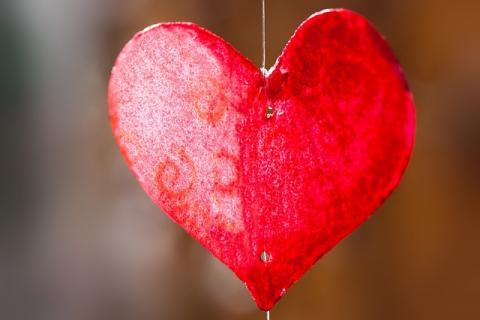 The ancient practice of kundalini yoga was designed to assist one in recognizing, cultivating and utilizing the life force essence stored in the base of the spine known as kundalini. When directed properly and with consciousness this vital energy can be used not only solo, to boost one's health and spiritual evolution, but between couples to enhance connection as explored in Kundalini Yoga in Relationships. This article explores how to use kundalini yoga for a healthy sex life, which helps to both bring restoration to troubled unions and also deepen divine love existing between two partners.

In kundalini yoga, the vortexes or energy centers situated along the spine, known as chakras, are visualized, activated and cleared. By doing so, any stagnant attitudes, beliefs and emotions are cleansed and shifted to bring the practitioner(s) into greater awareness of themselves and of the world around them. When done in the company of an accepting, safe, intimate partner, the positive consciousness perspective associated with each chakra is brought forward and the ability to exchange energy and communicate telepathically is activated.

So often, couples who are struggling with difficulties or even those who are faring well most of the time falter by letting the passage of words and definitions cloud the love and heart connection which constantly attempt to bring them closer. Mental attitudes can undermine true affinity and honest caring friendships and commitments by bringing linguistics and articulation into the forefront of the union. Let's be honest: it is common for opposite natures to attract, and when this is the case, the actual tone and word usage/verbiage are usually opposite as well, leading to increased arguments if an emphasis is placed on communicative agreements.

When two individuals, especially those committed to a healthy union, bring kundalini yoga onto the stage of their combined lives, miraculous things can happen, both under the covers and within the physical bodies, emotions and mental attitudes of the practitioners. A deeper spiritual connection can bloom where one may not have been previously. The attraction level can increase as magnetism between the energy fields of both partners is charged. Overall, the benefits are exponential, if true to the practice, and while cultivating a mindset of surrender to what the techniques both suggest and offer.

A general knowledge of energy and the willingness to visualize and work with the breath is important and good enough for starters, though to realize the full array of benefits, practice is key.

Begin by both partners sitting, facing one another in an upright, comfortable seated position. Take a few moments to get centered within through a couple of deep breaths. Once bodies feel a bit more relaxed and the breath is steady, the eyes can open to rest on one another. The breath can then continue, though now with the visualization that your breath is moving up and down your spine, and your partner's breath is doing the same.

Continuing to breathe, start to shift the visual to imagine you are breathing up your own spine, and down your partner's spinal column. They are doing the same. Sense the energy exchange beginning to occur. After a few minutes breathing in this way, switch it up to now visualize breathing up your partner's spine and down your own.  Each party is engaged in the same visual. (This exercise is outlined in “Kundalini Yoga in Relationships.”)

By this time there should be notice of some tingling sensations, perhaps a lightness to the skin, sensitivity in the lower chakras, along with any number of other results of already, such a simple connecting practice.

At this point, the practice shifts to breathing with the chakras, so a list of the energy centers and their locations is key:

1. Root Chakra – located at the perineum in men and right outside the cervix in women

2. Sacral Chakra – located a few inches above the base of the spine, and a few centimeters inside the body (might be slightly lower than the root chakra in women)

3. Naval Chakra – located behind the naval

4. Heart Chakra – located between the spine and the sternum

5. Throat Chakra – positioned in the pit of the throat, a few centimeters to the rear

6. Third Eye Chakra – behind the forehead center near to or at the pineal gland itself

7. Crown Chakra – positioned at the crown of the head, just below the cranial bones – in the center

This exercise engages these centers and asks the participants to practice breathing in and out of these subtle centers – from their own, to their partner's and back again. Starting with the heart chakra – the visual is to imagine breathing into one's own heart center, reaching the breath back behind the body on the inhale, then exhaling back through the chest and into the chest of their companion, out through the back of their body and returning on the next breath. This same breath can then be repeated for the throat, the third eye (which can be done with foreheads touching for maximum benefits), the naval, and then the sacral center – ending with the heart again. A minimum of 3-5 breaths should be experienced at each vital center in order to activate the mutual connection.

Beyond the exchange of breath in the chakras, the next practice asks the participants to move their bodies with the sound of each other’s breath. Sitting cross-legged, if possible, touching hands, the two are to sway from side to side, inhaling in one direction, exhaling in the other. This is to warm up the pelvis in order to allow for the free-flow of kundalini energy.

The aforementioned exercises are perfect to practice daily in preparation for any sexual union. When the time arises for intimacy to heighten, the same sort of consciousness can be brought to the bedroom.

Practicing kundalini yoga while engaging in sexual intimacy is not bound by a set of prescribed rules and techniques. Instead, it is an opportunity to feel the effects of the previous practices and the influence they have had on both bodies, minds and their inter-connectivity. The couple should notice that breathing will tend to replicate that which has occurred during preliminary practices. A rhythm will create itself as the two move into the energy that has already been created and, if aware and alive to the sensations, will undoubtedly notice the rising of kundalini in the spine and into the center of the brain.

Arising and building orgasmic energy can be focused on a particular intention and directed, and with each passing wave, a reiteration toward their combined goal. I call this “creating an assemblage point” or a point through which to assemble the reality/energy/intention of the sexual union. This will determine, in many ways, how the energy builds, progresses and flows throughout the time of intermingling and beyond. As two people state, vocally, their combined intention for the direction of their sexual union, a field of intent is created and the universal grid of consciousness is no doubt affected as such.

While two bodies are combining, rocking in union and finding natural exchange in breath and energy, attention will time and again be brought between the two – to the third eye – which often becomes a single point of focus in a perceived/experienced “one mind.” It is not uncommon for the two to find breath suspended, lines of separation dissolved and a transcendent experience occur which far exceeds any that might be stumbled upon during “normal sexual intercourse.” In fact, the path of kundalini yoga during sex almost guarantees that the practitioners will reach this point and begin to quickly move beyond into spaces and dimensions where their intentions have far greater impact and their recognized divinity and purpose are much more deeply known.

When practicing kundalini yoga during sexual intercourse, some would say that the orgasm in men is foregone, that instead it is transmuted and the energy is redistributed throughout the body while the essence is stored. I have found another viewpoint to be possible and even more potentially beneficial -- not only to the man and the couple, but to the wholeness – in the grander perspective.

Instead of retaining fluids, some practices teach to instead become fully aware and conscious, mutually, of your intention at the moment of orgasm/release. As the waves of orgasmic bliss ripple through the combined essence and bodies, a magnetic field is generated beginning in the womb of the woman. As his semen hits her womb walls, it creates an attraction field that ripples out cosmically, and pulls back in, through their combined energy, that which has been put out intentionally.

When two loving, caring partners visualize world peace, for example, and send their sexual energy out into the cosmos through orgasmic bliss and magnetic attraction, the results and effects far outweigh so many other catalysts for such a thing to occur. Such is the nature of tapping into the creative power of the universe and doing so with responsibility, compassion and loving enjoyment.

This sort of mutual manifestation intention exercise is extremely powerful and incredible to experience. It is for the advanced practitioner and will only be able to be obtained if the two parties are in a conscious, safe, appreciative and loving union. In this way, the magnetic creative energy that is accessible, which has the potential to alter reality, cannot be messed with by just anyone. There must be love; there must be union, respect and trust. Truly, this is the yoga for the advanced yogis who are the gatekeepers of the next levels of our combined reality.

As two who enter kundalini yoga for a healthy sex life and greater sensual intimacy realize their place in the bigger picture, and step into it, those who have yet to learn these arts will find themselves in the position to enter initiatory phases, and the numbers will grow To those couples who have already started down this path of greater sexual intimacy: thank you for your cosmic service – and Sat Nam.

Want to know more about how kundalini yoga can help your relationship? Visit our article and instructional video here.