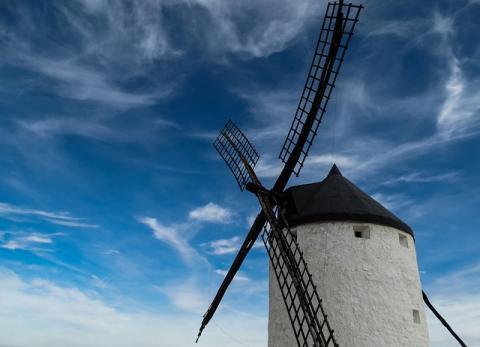 One of my yoga teachers says we don’t notice the breath until we’re out of it.

By the time I started a yoga teacher training in 2011, I was out of it, both figuratively and literally: my breath was labored, shallow, strained. I was a first-year 4th grade teacher, and my heart was always racing, whether I was standing in front of my classroom, lying in bed, or brushing my teeth. I was clearly overwhelmed, my body was rebelling, and I couldn’t find the off switch. I was sure my short, panicky breaths were announcing my anxiety to the world.

I expected my new yoga teacher to start with my postures, but he immediately zeroed in on my breath, labeling me a “chest breather.” My first session consisted largely of me lying on my back on the floor, trying to use my inhalations to move the sandbag weighing down my belly. It wouldn’t budge. With each breath, my chest bobbed up and down, haphazardly, but my belly remained immobile. For a function as natural as breathing, I had a lot to learn, and I had to get reacquainted with a muscle I’d long neglected: the thoracic diaphragm.

A quick anatomy lesson: The thoracic diaphragm (known simply as the diaphragm) is a dome-shaped sheet of muscle separating the heart and lungs from the abdominal cavity, and its contraction allows the lungs to expand. The diaphragm is both striated (like the muscles we exercise in the gym) and smooth (like the muscles of our internal organs), which means its functions are both voluntary and involuntary—we can make ourselves inhale and exhale, or we can ignore our breath and let it do its own thing. This is important because it means we have control over the breath in a way we don’t with other functions, and our respiratory system affects other systems, including the cardiovascular and nervous systems, meaning we can indirectly influence those as well.

Stick with me: In its resting position, the diaphragm billows up like a parachute. When we breathe in, the diaphragm contracts, moving downward. It pulls the bottom of the lungs down with it, allowing us to get a full breath of air. We can tell the diaphragm is working when the belly puffs out slightly at the peak of the inhalation.

This kind of deep breathing is called diaphragmatic breathing, or belly breathing. Belly breathing is an effective way to get air to the lower region of our lungs, where gravity causes more blood to circulate. Most of us breathe into our chests, and therefore into our upper lungs, where there’s slightly less blood, making the process of transferring oxygen and carbon dioxide between the lungs and the rest of the body inefficient.

There are plenty of other reasons to practice making belly breathing your everyday, natural breathing pattern. Slow, even breaths induce a parasympathetic, or relaxation, state, and the expansion and contraction of the lungs and diaphragm massage the organs around it, allowing for increased circulation of blood, lymphatic fluid, and nutrients.

While we all begin life as belly breathers, many of us adopt chest breathing patterns as we get older, often due to stress. Think of the sharp intake of breath when you’re surprised, or the way your breathing gets shallow before your big presentation at work—we puff out our chests, and the more we breathe that way, the more likely it is to become habitual. It doesn’t help that our society tells us that the ideal human body, especially the ideal female body, includes a flat stomach, the opposite of a relaxed belly and unencumbered diaphragm.

Stress (and the activation of the sympathetic nervous system) can cause chest breathing, but there’s also evidence that the flow of causation can move in the other direction, with chest breathing activating the sympathetic nervous system. When I continually breathe into my chest, my body may believe it’s in danger, and turn on its fight-or-flight response.

That first year I was teaching 4th grade, I was living in a constant state of fight-or-flight. I’m not suggesting that my shallow chest breathing was to blame—there were many external factors impelling me to both fight and flee. But my breathing habits weren’t helping me, and unlike some of the other stressors in my life, my breath was something I could control. As I continue to work on my belly breathing, my resting heart rate has decreased, my jaw has unclenched, my palms have stopped sweating, and I just feel better. Finding my way back to a full, natural breath has given me a little more control in an unpredictable world, and a little more acceptance of the things I can’t control.