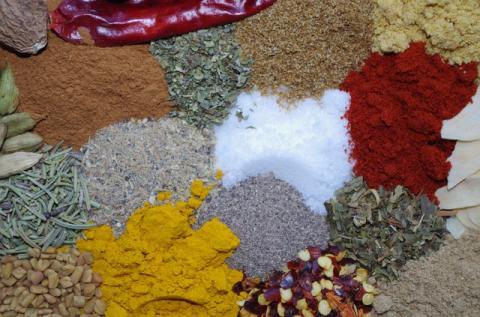 Dementia and Alzheimer’s disease occur as our brains age into our elder years, but herbal medications can make a big difference in protecting our brains. Few things are sadder than to watch a loved one slowly deteriorate into a shell of their former selves. Alzheimer’s is unique in that its terror is that the mind and memories of the person we know so well, and who knows us so well, fade before our very eyes. While some scientists work to develop new synthetic drugs that treat Alzheimer’s, others are looking backwards at traditional herbal medicines that have kept Alzheimer’s at bay long before modern medicine came on the scene. Here are four herbal medicines that show promise in this fight.

The Chinese herb Danshen (scientific name: Salvia miltiorrhiza Bunge) has previously been reported to reduce inflammation. Now we know that it also protects the brain by preventing the amyloid fibers in the brain from forming the amyloid plaques that are associated with Alzheimer’s disease. The two main compounds in Danshen that do this are called tanshinone I and tanshinone IIA. These tanshinone molecules are able to bind to the amyloid fibers and disrupt their clustering, like throwing a wrench into the gears of a machine. Not only that, but the tanshinones are able to protect human brain cells from death. Normally, exposing brain cells to amyloid plaques causes the cells to die. However, when the cells are given both tanshinones and amyloid plaques, the herbal compounds keep the cells alive.

Curcumin is the main compound inside the spice called turmeric, best known for the curry flavor of Indian food. Indeed, studies have shown that the more turmeric that Indian people had in their diet, the less likely they were to get Alzheimer’s. This is because curcumin is able to stop the bad signals that the amyloid fibers of Alzheimer’s disease send to brain cells. The amyloid plaques bind to the outside of brain cells and activate proteins on the cell surface, which then play relay tag with proteins inside of the cell. When the relay message gets to the command center of the brain cell, the cell dies. Giving human brain cells curcumin in the presence of amyloid plaques blocks the bad signal from being relayed from the cell’s surface to the command center.

Donezepil is a drug that is commonly given to patients who suffer from Alzheimer’s. The effects of Donezepil were enhanced when given along with a Japanese herbal medicine called Tsumura Yokukansan (YKS). Patients who had Alzheimer’s symptoms were either treated for four weeks with Donezepil alone or a combination of Donezepil + YKS. Multiple methods were used to test for dementia symptoms after the trial. The group that got YKS along with Donezepil had significantly better scores in terms of feelings of agitation, aggression, and irritability. Furthermore, there were no signs of negative side effects due to YKS.

People between the ages of 65 and 80, and who were diagnosed with Alzheimer’s, were treated for four months with the European herb Salvia officinalis. They received 60 drops per day of a liquid preparation of dried leaf extract, or a placebo liquid. Every two weeks, the patients were assessed for their ability to perform tasks such as identifying objects, following instructions, and answering questions. After four months, the group that received Salvia extract had much better scores on the cognition tests. There were no side effects to taking the herbs. This study suggests that Salvia officinalis can help patients who suffer from mild to moderate Alzheimer’s.