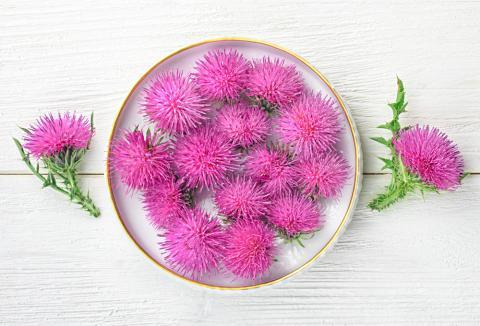 Obsessive-Compulsive Disorder (OCD) is quite common and involves unwanted recurring thoughts and behaviors. OCD may, for example, take the form of an obsession with germs (the “O” part), perhaps resulting in compulsive hand-washing (the “D” part). Or it may take the form of having to have things in your space organized symmetrically. (How many of you go nuts if a painting is crooked?) Or repeatedly checking whether you’ve left your stove or oven on (In my defense, the one time I didn’t check, I came home to a bunch of smoke and about half a dozen firefighters in my home).  When I was a young child, I had an irresistible urge to shake my head. Thankfully, that particular urge disappeared as I grew older, but I remember how strong it was. Sometimes OCD presents as persistent, uninvited thoughts about subjects you may consider taboo.

Depending on how severe the symptoms are, OCD may reach a point where it has a significant negative impact on one’s life. Medications such as the SSRIs commonly used for depression and anxiety are also used for OCD, but they don’t always work.  So, here are some ideas for natural support.

Many aromatherapists turn to citrus oils for support with anxiety in general and also for OCD. When studying aromatherapy, my teacher mentioned using bergamot (Citrus bergamia) for OCD, and I use it in my practice. Research studies with mice have shown that Citrus aurantium (bitter orange), Citrus latifolia, and Citrus reticulata )(Persian lime and Mandarin orange, respectively) may reduce OCD-related behaviors.  Avoid the recent trend of drinking drops of essential oils in water. They work just fine via inhalation and have much less potential for toxicity and mucus membrane irritation that way. Or, ingest them in their natural state…as part of citrus peel!

Milk thistle (Silybum marianum) is best known as a liver tonic and liver-regenerating herb.  But it has multiple benefits for the brain and nervous system…even including support for OCD.  Milk thistle extract was as helpful as fluoxetine (aka Prozac), an SSRI, in an 8-week double-blind trial in adult OCD. Not the best-controlled study (it just compared milk thistle to Prozac with no parallel placebo group), but hopeful results given the number of studies showing other nervous system benefits of milk thistle.

Another possible ally for dealing with OCD, skullcap (Scutellaria lateriflora) is commonly used by herbalists to quiet mind chatter and “looping” (cycling obsessively over the same thought over and over again). I include it in formulas for OCD. Nervous system tonics such as skullcap may be generally beneficial.  But be sure to get skullcap from a trusted herb supplier, as there have been incidences of adulteration with the toxic plant, germander.

Ashwagandha (Withania somnifera) is a valued medicine in Ayurvedic tradition and is gaining wide popularity in the West.  Ashwagandha provided benefits beyond just an SSRI drug in a placebo-controlled study of adult OCD.  It also reduced obsessive behavior in a mouse model of OCD. Ashwagandha is a wonderful tonic for the nervous and endocrine (hormonal) systems, which are highly intertwined.  However, avoid it if you have hyperthyroidism.

A study done in children found that NAC reduced compulsive behavior, and another study found NAC useful for adults with treatment-resistant OCD (meaning, not responsive to SSRI drugs). NAC is an amino acid with antioxidant and anti-inflammatory activity. It also modulates neurotransmitter activity.

High doses of inositol were more effective than placebo for OCD in adults in a small study. It took about 6 weeks for the effects to be significant. There were no reported side effects in this small study. Inositol influences neurotransmitter activity and has been researched for a variety of nervous system issues, including depression and anxiety.

If dealing with OCD or other nervous system issues, it’s best not to go it alone. Make sure you have a team for support…your doctor, a trusted counselor and, of course, a good herbalist who knows what and what not to do, herbally-speaking, in the context of any medical treatment you may be undergoing.