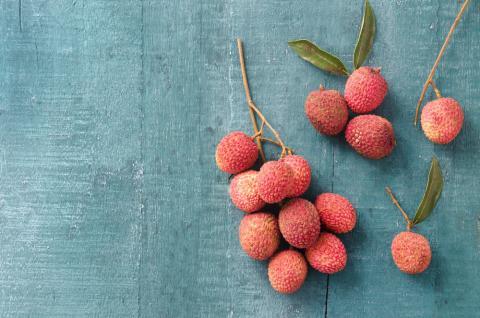 Lychee is a member of the family Sapindaceae, commonly known as the Soapberry family of the genus Litchi Sonn. or lychee P. It is native to the rainforests and mountain forests of southern China and is a dominant species in the region. The plant may also have grown in northern mountain regions of Vietnam. The tree has been known for approximately 2000 years growing from seeds that washed down from the mountains to the lowlands, having been established for about 1000 years. The lychee immigrated throughout Southeast Asia and found its way to Australia in the 1850s and then Europe. In 1873, it was brought to Hawaii, arrived in Florida in 1888, and did not get to California until 1897. Cultivation began in Florida in the early 20th century when Reverend W.M. Brewster introduced the purple lychee tree that was named after him. There are some of the original trees in the Brewster grove located in Davie, Florida.

Lychee grows on coniferous trees that can reach a height of 100 feet at maturity. Throughout the branches are flowers that grow in clusters in color that ranges from green-white to yellow. Each cluster of blooms produces from two to thirty lychees that can be strawberry red, rose, pink, or amber and maybe tinged with green. The aromatic fruit grows in oval, heart, or almost round shapes and is usually about an inch in diameter and four inches in length. The skin is leathery in texture with rough or warty features and peels easily from the flesh. Between the flesh and the skin is a layer of clear juice. The flesh ranges in color from translucent white to grey or pink and has a succulently thick texture that separates easily from the seed with a sub-acid flavor that matures to a musky flavor. The seeds are brown outside and white inside and are oblong in shape and grow to about three-quarters of an inch in length. When the fruit ripens it dehydrates and the skin becomes brown and brittle while the flesh becomes dry, shriveled and brown. Though it looks like a nut it is a fruit with an inedible seed.

Lychees are highly nutritious containing vitamins C, B6, folate, niacin, riboflavin. The minerals that are found in the fruit are potassium, magnesium, copper, phosphorus, and manganese. Lychees are high in dietary fiber, proteins, and antioxidants that include proanthocyanidins and polyphenolic compounds

As a healing food, lychees also contain vitamins E and K, calcium, zinc, and iron, and fatty acids that aid in combating many diseases. Their fiber content makes them ideal for healthy digestion. The antioxidant compounds contained in vitamin C inhibit the development of cancers. Studies have shown lychees to have a neuroprotective effect resulting in increased cognitive function which lessens the incidents of Alzheimer’s disease and other neurological maladies.

Other health benefits of lychees include maintaining balance in blood pressure due to the presence of potassium, thus lessening the risk of heart diseases and stroke. Lychees are instrumental in metabolizing carbohydrates, proteins, and fats because of their B-complex vitamin content. Their copper is essential in the production of red blood cells.

How to Eat Lychee

Lychees can be found in most supermarkets and health food stores and are in season from May to October. It is best to buy fresh lychees that are well ripe, dark red or brown in color, with the skin intact, and the fruit should be heavy in the hand. Avoid fruit with bruised or cut skin, moldy, or irregular in shape; also fruit that is green, yellowish, or light with skin that is wrinkled and fruit that is too hard or too soft. Lychees can be stored at room temperature for one to two days by wrapping them in moist cotton cloth and they do well in the refrigerator for about a week when stored in sealed plastic bags or containers after the fruit has been thoroughly washed.

Lychees are a versatile fruit that can be made into jams and jellies. They can be eaten as a snack or juiced for a healthy and refreshing drink. Lychees do well in salads and add an interesting flavor to dressings. They are used as an ingredient in sorbet, sauces, and syrups. 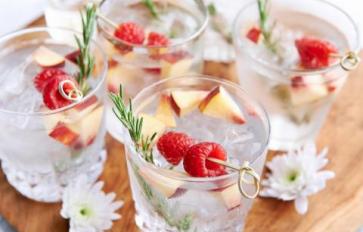