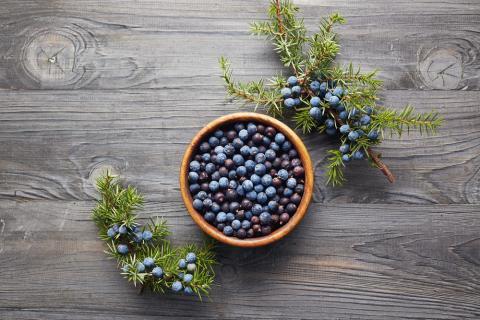 In the northern hemisphere, we’re coming into the darker time of year when the subconscious likes to make more of an appearance.  Sometimes, this manifests as nightmares.  And, while nightmares can be informative in terms of issues we may need to examine, especially if they’re recurring, sometimes they’re just plain problematic…causing distress and sleep disturbances.

The following are some herbs traditionally used for nightmares. Because we’re all wired a bit differently, with different histories, life situations, and such, you may have to experiment to find which is most helpful for you. Consider starting with one and giving it a week or two to do its thing.  If it’s not helping, try another. Using one at a time is good for pinpointing which ones work for you.  Note that sometimes an herb or essential oil that works initially may stop working after a while. That’s a good time to move on to another herb or oil.

German chamomile (M. recutita) has traditionally been used for nightmares as a tea.  It’s not quite as bitter tasting as Roman Chamomile (A. nobilis) and so it’s easier to get down.  If tea before bed means you’ll be getting up to visit the bathroom, try a liquid extract instead.  Or the (expensive) essential oil…one drop on a cotton ball stuffed into your pillowcase. Chamomile is a very intensely-scented oil, so if one drop is overpowering, try dipping about 1/2 inch of a toothpick (the skinny end) into the bottle and then rubbing the toothpick onto a cotton ball. Roman smells sweeter than German. Either one will be mildly sedating, helping with falling and staying asleep.

Lavender, specifically “English” lavender, has traditionally been used for sweeter dreams and better sleep.  It’s not a sedative per se; rather, it relaxes the body and mind so that falling asleep is easier. It’s great as dry herb in a dream pillow  Avoid other species of lavender such as Spanish (Lavandula stoechas) and spike (Lavandula latifolia), which have harsher chemistry and more stimulating energetics due to camphor content.

Juniper is a good one for fear—even fear of going to sleep and having another nightmare. Use the leaves and berries, dried and crushed, in a dream pillow. Or add a drop of essential oil to a cotton ball and stick it in the pillowcase.  Juniper may be especially supportive for folks recovering from trauma. Aside from its use in preventing nightmares, juniper may also help with insomnia.

Traditionally used for persistent, unwanted thoughts, some crushed bay leaves may be a good addition to a sleep pillow. Or, as with the others, a drop of essential oil added to a cotton ball can be used instead. Try it for those persistent, annoying, repetitive anxiety dreams: The kind where you wake up to pee then go right back into the dream again when you go back to bed. For instance, I have a recurring dream that I’m still a scientist in a lab but can’t think of an experiment to do.  It sounds silly, but it’s actually a pretty stressful dream, and exhausting to boot.

If you can find the linalool or geraniol chemotypes of thyme, they smell better.  (A chemotype is a variant of a plant with somewhat different chemistry.) A little bit of thyme, either stuffed into a sleep pillow or as a very small amount of essential oil on a cotton ball should also work when too enmeshed with dream states—maybe combine with lemon to make it smell better. The toothpick trick I mentioned for chamomile can help with this strongly-scented oil.

Be careful with the popular dream herbs/oils like mugwort, clary sage, and lemongrass.  Mugwort may make nightmares even more intense if you’re already having them. Lemongrass may cause nightmares and clary sage may as well if used together with alcohol (I’ve seen this happen).