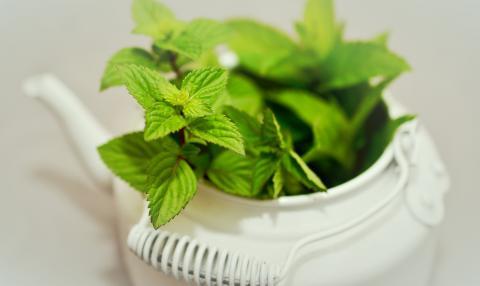 Ringworm, a fungal infection, is being passed around in the jiu jitsu class I do. Though my first response is “eeeeeew,” the fact is that spread of skin infections is not so unusual in a full contact sport. Fungal infections on the skin and under the nails can be really annoying: Ringworm, athlete’s foot, jock itch, and such. They’re caused by one of several types of fungus, including Trichophyton, Epidermophyton, Microsporum, and the more famous Candida.  All it takes is some fungal spores and a damp, warm spot to grow and voilà—you’ve got yourself a new fungal pet. In fact, fungal infections can happen anywhere…fingers, face, back, belly, legs, and even in hair follicles. Infection may present as redness or other skin discoloration, flaky or crusty skin, blisters, itching and/or burning.

Fungal infections are generally harder to treat with medications than are bacterial infections. This is because fungal cells are more closely related to our own cells than are bacteria. That means that the drugs used to kill fungi may have toxicity for us as well. Anti-fungal topical medications like clotrimazole can irritate the skin and medicines commonly used orally, like fluconazol or griseofluvine, can have dangerous side effects.

So when you notice the first signs of infection, get out your oils and get on it. Maybe you’ll avoid some of the nastier drugs. While fungal infections can take a long time to resolve and require patience to deal with, remember that if the spot you’re working with keeps growing, that’s a good sign to visit a clinic.

Everyone knows about tea tree oil, but there are lots of other great oils that are just as or more effective than tea tree and smell better, too!  And all are also anti-bacterial.

This eucalyptus species has a pleasant, lemony scent due to its citronellal content. The scent is much less harsh and the oil is safer in children than the other eucalyptus species, which should be avoided in young ones. Lemon eucalyptus is one of the stronger anti-fungal essential oils, but is less likely to burn the skin than other strong anti-fungals such as thyme, oregano, or cinnamon. As a somewhat energizing oil, this is a good one to use during the day.

Peppermint was among the strongest oils when tested against several common fungal species that cause skin infections.  Peppermint, like eucalyptus, is a more stimulating oil and is good for daytime treatments rather than right before bed. Due to its menthol and menthone content, peppermint shouldn’t be used for infants or young children due to possible effects on breathing.

This is sometimes referred to as “Rose Geranium” because of its rose-like scent. The oil comes from the leaves of a plant that looks like garden geranium but actually is a different plant.  Geranium is a relaxing oil and would be a good one to use in the evening, say, for a foot soak—though it’s not overtly sedating, so it would also be fine for daytime treatments if the scent of lemon eucalyptus or peppermint doesn’t do it for you.

This is another strong anti-fungal oil. It’s related to lemongrass, but doesn’t irritate the skin the way that lemongrass can.  Palmarosa is active against a variety of fungi and smells lovely while at it.  It can act quickly against athlete’s foot, with noticeable effects within 24 hours.

I like apple cider vinegar (ACV)-based sprays, especially since ACV itself is anti-fungal. For a spray, use 15-20 drops of essential oil per ounce of vinegar.  For nail fungus, a soak is better, though the spray can be used in between soaking. Nail fungus is very difficult to deal with because the nail forms a protective barrier for the fungus. Soaks are also great for athlete’s foot. Mix apple cider vinegar and water one-to-one. Warm it and add some salt, which improves effectiveness.  Soak 15 minutes 1-2 times a day. For one of the soaks, stir in 6-8 drops of essential oil.

Be patient…as mentioned, fungal infections can be stubborn. Also, change up the oils you use to give your liver a break from dealing with the same oil day in and day out.  A side note that is important:  Fungal spores can hang out in clothing, on bed sheets, on towels, and such for a long time.  Wash your stuff on the hot setting on your washer, or if hand washing, pour on water that’s at least 140°F. If the clothing can go through a dryer, dry on the hottest setting.  For clothing that won’t withstand heat like that, there are UV-light generating devices you can use! Or you can try a spray of essential oils (in something other than apple cider vinegar) before washing.