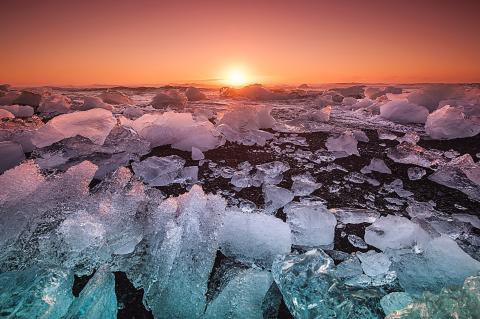 If you follow popular health living blogs, like those by Ben Greenfield or Rich Roll, you’ve likely heard of Wim Hof, better known as the Iceman. A self-named Dutch daredevil, Wim holds 26 world records, including one for the longest ice bath. While Wim’s methods are extreme, not all of his ideas are on the fringes of what we might call healthy.

Over the past few years, cold water therapy in the form of icy cold showers, freezing river and lake baths, and winter ocean plunges have become more popular; search Instagram for #coldwatertherapy and you’ll see hundreds of photos of people cringing as they step into cold water. While the hype might be overblown, the science isn’t. Several studies have been published in the last decade praising the effects of cold water on our bodies and minds. Below are just a few of the reasons why it might be worth giving it a try:

If you have experience as a runner, you’re probably aware that ice baths are a popular tool to cool inflamed muscles post-run. An article published in Strength & Conditioning looked at a variety of protocols involving cold water. Cold-water immersion was shown to have positive effects on reducing DOMS (known as delayed onset muscle soreness in the fitness community), but was not shown to have great effects on reducing DOMS following aerobic or plyometric exercise. For the most benefit, alternate between cold- and hot-water therapies, sometimes called contrast baths.

2. A potential treatment for depression

It might come as a surprise that the mental effects of cold water are often as stimulating as the physical ones. A 2008 study suggested that progressively cold water showers may have the ability to reduce symptoms of depression. It’s worth noting that this particular study was not carried out in the numbers needed or over the time necessary to make strong conclusions. A Psychology Today article also discussed the benefits of cold water therapy on mood, stating “When humans take a cold swim, once over the initial shock of the cold, it is usually very invigorating. This is because wet and cold causes our surface vessels to vasoconstrict (tighten up) making blood move from the surface of your body to the core, as a means to conserve heat.” This also means that our organs (and brain!) are provided with fresh blood, allowing for fresh nutrients and oxygen and letting detoxification take place.

Well, maybe not everything, but the incredibly lengthy study “Scientific Evidence-Based Effects of Hydrotherapy on Various Systems of the Body” suggested that “hydrotherapy was widely used to improve immunity and for the management of pain, CHF, MI, chronic obstructive pulmonary diseases, asthma, PD, AS, RA, OAK, FMS, anorectal disorders, fatigue, anxiety, obesity, hypercholesterolemia, hyperthermia, labor, etc.” While hydrotherapy improved these symptoms and disorders, the evidence is not yet clear on the mechanisms for doing so. Still, it’s worth a shot.

Overall, scientific studies are behind the rising popularity, and generally positive results, of cold water therapy. That said, people, like Wim, who try them tend to love them. In my opinion, they’re worth a try.

To introduce your body to the idea, start by showering with hot or warm water and finishing with 20-30 seconds of the coldest water you can stand. Over the next few days, gradually increase the duration of the time you spend in the cold water. If you’re lucky enough to live next to a lake or ocean, try taking a refreshing pre-work or post-exercise dip in the waters.

For an in-depth explanation, check out Wim Hof’s instructions here.

*Cold water immersion is not advised for those with high blood pressure, acute illness/pain, Raynaud’s disease, or those with atherosclerosis.