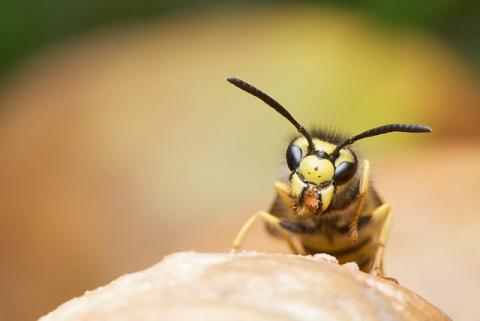 There are often parts of our lives that we dislike and events that take place that we wish did not happen. Anything that causes pain or discomfort — whether it be physical, emotional, or energetic — is something that we as humans generally try to avoid as much as we possibly can. And this is perfectly natural, logical, and reasonable –  for who wants to invite pain and suffering into their world? And yet, pain is a natural part of living. We suffer in order to grow, and we learn from the many unpleasant happenings and interactions that take place in our lives.

As much as there is wisdom in preventing unnecessary injury, pain, or suffering, there is also wisdom in embracing it when it arrives — whether it be expectedly or unexpectedly. It is my belief that often we are drawn to particular situations and relationships for the wisdom they will provide us or the lesson that we still have yet to learn.

I had an instance of this occur rather recently; I was sitting on my couch at home, writing for work, when for no reason at all, I stopped what I was doing and looked around the room somewhat aimlessly. My attention landed on a plant situated on the windowsill in my living room. I noticed the top of the pointed leaves of the plant were brown and dry. In that moment, I decided to get up and take a closer look. In looking at the brown tips of the leaves, something instinctive had me reach out and slide my fingers from the bottom of one leaf to the top. (And by the way, this is not something that I had ever done before).

Halfway through sliding my fingers up this leaf, I felt a sudden sting on my ring finger and quickly pulled my hand away. I peeked at the leaf to see what unexpected thorn or prickles this particular plant had, and instead was introduced to a little wasp that was squirming around after its (likely unintentional) attack. As I registered what had happened, I began to feel a dramatic increase in burning and stinging in my finger.

I had not been stung by a wasp, bee, or hornet in many years and was surprised at the degree of pain I was feeling. In the past, I had felt upset or victimized by the attack, saw it as unfortunate, and just let the pain run its course. In this case, I had a sudden insight to look up natural remedies for bee/wasp stings, feeling an urge to diminish the pain and a desire to learn from what was happening.

I found three natural remedies that I used as part of a three-part treatment that from now on will be my go-to—one for immediate and acute pain relief, one to deal with swelling, and one as an overall remedy to keep the site of the sting happy for an hour after impact. I used these three remedies one after another and could not believe how immensely helpful they were. (See the remedies at the end of this article.)

All told, when I had completed my wasp-sting healing mission, I realized that through all of this, the stinger was still in my finger, and I was not able to get it out. As I felt this tiny stinger under the surface of my skin, I wondered what the animal medicine/wisdom was for wasps. I had been seeing a healer at this time to help me deal with a recent heartbreak that was quite devastating, so I was in a vulnerable and open place where every moment felt like growth, learning, and meaning. Once again, I pulled out my computer and searched for “Wasp Medicine,” and amongst other things it said:

“Wasp is the powerful female warrior and shamanic healer, prompting us to take a good look at our lives and ask if we are fighting the good fight. If you are stung by Wasp, it's her way of saying, ‘Wake up! Do your spiritual work! To thine own self be true!’ She confers great protection to those wise enough to give her space to do her thing, and does not stand for her sacred nest being disturbed.

Only those committed to peace may walk with the power of the Sting in the left hand (and yes, readers, I was stung on my left hand!). Wasp shows up when we're learning to bridge the duality of life and death, around the time of a birth or death, a life-affirming transformation, or a personal healing crisis. She is serious but teaches us to laugh at ourselves. Alternatively Wasp is letting you know that resistance to change is by definition self sabotage. It’s time to allow yourself the notion that all things are possible, and that you deserve to have all your dreams come true.”

These words were exactly what I needed at this time of massive life transformation and deep broken-heartedness. I would not have stumbled upon this wisdom and awareness had I not “randomly” decided to examine the plant in my apartment (which I believe was the medicine calling me towards it). These words of self-affirmation and love were deeply meaningful for me at this time, and stayed with me for the next two weeks when I was still able to feel this stinger buried in my finger.

Whenever I thought about the wasp sting, instead of thinking of it as an unfortunate instance of suffering, I was excited about the wisdom and knowledge that it brought to me and let the leftover stinger be a constant reminder of being true to myself.

I learned so much in such a short period of time, and all from the simple sting of a wasp.

Here are the three remedies that I used for my wasp sting, which I highly recommend to all:

I soaked my finger in apple cider vinegar for 15 minutes (though it also works to soak a cotton ball or cloth in the apple cider vinegar and use it as a compress on the area of the sting. I myself tend to be a “full immersion” type person in general). Apple cider vinegar as applied to the sting site helps to neutralize the acid of the wasp or bee sting and can also help to relieve inflammation and reduce itching. Treating a wasp or bee sting immediately after getting stung will help to avoid additional pain and inflammation as a result of the sting. This remedy worked amazingly well, and I felt the pain diminish almost immediately after I began soaking my finger.

After my 15-minute apple cider vinegar soak, my finger was rather wrinkly and relatively pain-free, but was still on the fast track of swelling up. So I used the next remedy that I had found to deal with inflammation: ice. I iced the site of the sting on my finger for about five to ten minutes and found this to be quite helpful in reducing the swelling.

While soaking and icing my finger, I read about honey and its antibiotic properties (amongst many other healing elements), as well as properties that reduce pain and swelling. The recommendation I found said to put honey on the site of the sting and to put a (loose) bandage around it for an hour or so, and that is just what I did (again, nothing like full immersion/soaking). By the time I took the bandage off an hour later, my finger felt so much better, and all of the swelling and pain were gone.

There are many more natural remedies for wasp and bee stings, as well as the healing properties of apitherapy, but these are the ones that I found and enjoyed the use of all three in a row.