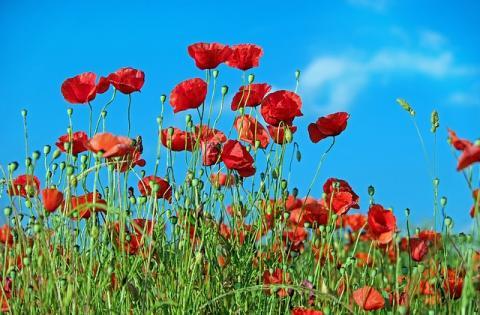 I always envision school much different than it actually is. Since Hogwarts does not seem to fit within the modern day limitations, I envision campfires with happy children playing music, cooking dinner, sharing stories, and philosophizing about the riddles of the universe. An environment created where children are comfortable enough to explore the depths of their own thought without the hindrance of unnecessary stress. How is this accomplished? Through embracing and living with Mother Nature.

As we continue to progress at exponential rates, we pull ourselves farther from Nature; whether it be with an iPhone, television, vehicle, plastic clothing, or scientifically altered food. I was there, in the heat of it. I remember being a young boy in the early ‘90s and having one of the first Apple computers. A simple machine that rapidly progressed into an Internet search engine (Yahoo), email, video, and online gaming. A good chunk of my middle and high school years were devoted to “computer classes.” In fact, one summer I volunteered for a “website design” company, since I was sure my future would be intertwined with the use of these fantastically amusing machines.

Instead, we can create educational systems/programs that bring our children in contact with Mother Earth. Create an environment where they can listen to Mother Earth without the technological static that is a byproduct of the modern world. Children need a space where they can be creative, socialize, and search for their truth. Why are we building walls and putting kids in them for 6-8 hours a day? Sunlight is healthy, as is rain, wind and all the elements. The more we build up technological safe houses, the more we isolate ourselves and lose human & earth connection. Statistically speaking, we are seeing a rise in ADD, ADHD, etc., and the increase of social development issues; this is our reality.

What happened to listening to the elder’s stories around the fire? Or making a quilt with your grandmother?  Modern culture lacks connection to our elders and our ancestors. Indigenous cultures treat the elders and ancestors with the highest respect. They are known as the greatest source of wisdom and knowledge. The elders lead boys to become men, girls to become women, and help grow their communities. Where are our rights of passage in the modern day world? In Iron John, Robert Bly explains the importance of “coming of age” rituals, and the detrimental effects our society is incurring due to our lack thereof. Sure, you can find “rites of passage” in some specialized schools, and some individuals choose to put themselves through a self-initiation; I feel our children need more opportunities to step into their full power of a human being.

I envision a small school located deep in the forest, with a large garden that sustains the students and staff. The students plant and harvest the garden, sing and make music with the plants, experiment with growing cycles and methods, cook the food together, dance in the forest, imagine possibilities beyond our current reality, create friendships, laugh and smile, breathe fresh air, use their bodies for physical activity, and learn life lessons through the process.

We practice yoga, martial arts, meditation, and other healing arts. We create a space where the child’s true avatar can shine. There are many prophesies about the “Rainbow Children” or “Star Children” that are coming into our planet now; regardless of which prophesy you believe, the reality is: the younger generation is vibrating very fast, and they are capable of things beyond our comprehension. They just need a space to spread their wings and someone to guide them in their development. One child will like the flow of Tai Chi, another will prefer to sit next to a river and listen to Gaia, others will prefer to sing and play the harp with the birds; no matter the specifics of the activity, the students must be given that chance and encouraged to tap into their infinite potential.

Purity of food, water and air will help their physical beings develop, as well as their minds to stay clear. The overconsumption of sugar possesses the youth of today and pollutes their minds. There is a mind, body, and spirit connection. Working in the earth will keep all of us grounded, and help the Earth to flourish. The ancient, sacred practices will help their spirits be active on earth and help their inner eye to open and focus.

It is the Aquarian age, the age of the Rainbow -- the melting pot. Many of us realize that we are all one, and we all have something unique to share with the other, as do the indigenous tribes with Sweatlodge/Temescal, drum circles, full moon ceremonies, sacred dance and song, vision quests, offerings to the Earth, myth and story, etc. Let us reawaken to the mystery of life. Let us embrace the beautiful ceremonies that our ancestors created, regardless of skin/eye color or geographic location. All humans have a heart; let us put all else aside and revisit the cosmic, golden spiral that binds us all at the heart level.

In the evening, the students can build fire together – reconnecting with creation – and ponder the stars. Find inspiration and meaning in our existence through story, myth and sharing. Elders can pass a talking stick, guest speakers can share experiences, and children can create their own stories and philosophies to share. We will treat one another as family, in love and respect for one another, a simple formula for becoming an incredible human being.

Expeditions will be an integral part of the experience. Students will have the opportunity to pack a backpack, hike through the woods or paddle on the waters, rely on their instinct, listen to nature, and change their normal patterns. During the expeditions there will be initiatives set up to challenge the students to work together to solve problems and overcome their fears. As a group, we will work together to build confidence in the elements so the student is ready for their own personal rite of passage.

In peace and Aloha that surrounds us all – in and around!

ALL ARTICLES BY Michael Jaidev DeNicola