How Going Paleo Changed My Life 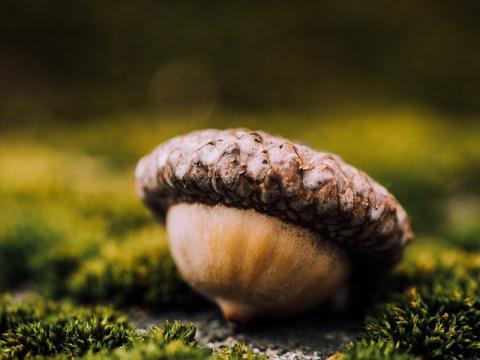 I have been a Paleo eater for the past eight years, and it has completely changed my life.

For those of you that don’t know, the Paleo diet is short for “paleolithic”—also known as the “caveman” diet -- and includes grass-produced meat, fish/seafood, fresh fruits and veggies, eggs, nuts and seeds, healthful oils (olive, walnut, flaxseed, macadamia, avocado, coconut), and eliminates/minimizes sugars, grains, dairy and beans.

This new way of eating came as a result of discovering my inability to process sugars and starchy foods.

As it turned out after some investigation, I was hypoglycemic.

I had no idea how much food was impacting who I was until this dietary shift came into play. I just thought I was a sensitive person who was and always would be consistently experiencing huge energetic and emotional fluctuations—energized and full of life one second, and exhausted and overwhelmed the next.

When I first started noticing this ever-increasing cycle at about the age of 29—the big signpost was regular sensations of shakiness, weakness, fatigue, anxiety and emotionality if I hadn’t eaten in about 1.5-2 hours—I initially solved the problem by eating sugar, because if you are “low blood sugar” then you need to raise your blood sugar levels, right?

While to some degree this is true—and eating sugar would immediately stop all of my symptoms in the moment—this manner of dealing with the problem was a mere short-term fix that was only perpetuating and worsening the problem in the long term.

I recognized that something wasn’t right, and though I made my best guess that this was “hypoglycemia”—based on my limited knowledge growing up in a family of western doctors—I wanted to know for sure.

I live in Boulder, Colorado, land of natural healing, so I made my first appointment with a Naturopath to see what I could figure out. This was the first step of many over the past eight years to regain health, overall balance and happiness.

My Naturopath started me on a diet that included only animal and fish protein (meat!), green vegetables and fats—the makeup of the Paleo diet. I cut out all sugar, starchy carbs, caffeine and alcohol. As a by-product of this diet model, this also meant cutting out gluten and dairy, which also created significantly positive change in my health overall. In addition to helping me figure out what to eat on the Paleo diet, my Naturopath guided me through a series of fasts, cleanses and more lifestyle changes that became central to my path to healing.

I was incredibly strict with this diet for the first two years, and in doing so, I made long-term change for my health. My hypoglycemia became quite mild over time. My body was working how it was supposed to because it was getting the proper fuel for its sensitive needs.

Now that I have healed my body significantly, I can be more flexible in being able to eat carbohydrates and some sweets from time to time. But—even when I do, the treats are naturally sweetened, and usually made with almond flour (high in protein!) and are overall grounding and healthy foods.

Since becoming a paleo eater, I generally feel happy for no reason in particular and enjoy eating more than ever. Any foods and lifestyles that I had to give up were completely worth it in terms of the payback of how great I feel each and every day.

And—I have so many new favorite foods and treats. Not only are they healthy, but they are delicious too.

This diet change that began as a necessity to health also turned me into a passionate foodie, baker and health advocate.

Some people say, “What is there left to eat once you cut out all the good stuff?” but I assure you -- there is so much amazing food out there. You just have to get out there and explore.