THE CHANTING POWER OF OM 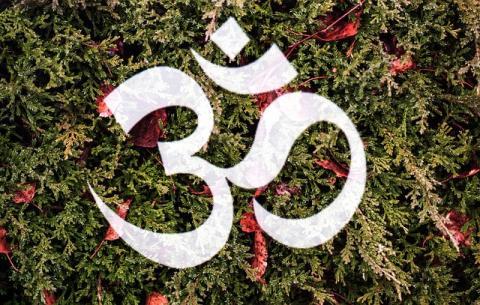 Aum (OM): A simple chant that can heal on the physical, spiritual and metaphysical planes…

Picture an enlightened yogi and you might envisage a peaceful face, calm and serene surroundings and the chanting of ‘Aum’ in the background. But why ‘Aum,’ pray tell? The reasons are many, and you are free to choose the ones that find a home in your beliefs.

Let’s first understand sound; in itself, sound is vast. What we know and recognize as sound is simply what our ears can hear – and that’s just in the range of 15Mhz to 20000Mhz. It is believed that in the Big Bang Theory, the sound wave that came forth wasn’t a bang or an explosion. It was more of a hum. To those who believe, or who want to believe – it’s easy enough to take a step forward and believe that this hum was nothing but the Aum. And be it the Hindu and the Buddhism Aum, or Om, the Christian Amen, the Moslem Amin, the Hebrew Shalom, the Sikh Omkaar or the Zorastrian hum – there’s a certain commonality, a coming together of beliefs in it all.

The Om, or Aum

A mantra is basically a sound tool, part of the rather complex system of onomatopoeia, and is a way of using sound to create energy within the mind and the body. It’s also interesting to note that while the left hemisphere of the brain controls and makes the sounds, the bodily changes that happen after the intonation of a mantra is recorded by the right hemisphere of the brain!

Aum is the beej or the seed mantra of everything – it’s one of the very rare sounds that is produced not from the collision of two things but from sheer resonance. Try pronouncing the Aum – your tongue does not touch the roof of your mouth or your lower jaw at any point – it remains positioned, relaxed in the center of the cave that is your mouth. So much so that even the mute and the speechless can chant it. Scientifically saying, the Aum sound is a sonorant (a ringing sound) – there are no plosives (hits) or fricatives (slides) used in pronouncing it.  Purely intonational, the Aum rises from the base of the throat with lips open, and finally ends with the lips closing on the last sound.

You can pronounce the Aum loudly, in a whisper or even silently in your mind – any way works; science has shown that even imagining music strengthens the neural pathways. The same holds true for this deeply resonating sound of Om.

Neurologically speaking, the A sound is a wide opening sound having a broad effect on the body in the conscious state. The U sound becomes more funneling in nature, urging the mind to reach out to a calm, dreamlike state of the unconscious plane. The M sound is a deeply vibratory sound that can be felt reverberating through the cranium, gently persuading the brain to reach a state of calm on the subconscious plane.

In Hinduism thought, the Aum sound of the Om mantra is a trifecta, the Trimurti – the holy convergence of three Lords. A stands for Brahma, the Creator; U is for Vishnu, the Sustainer; and M stands for Shiva, the Destroyer. The precursor of every Hindu mantra is the Om – so in effect, an Om recitation is a microcosmic way of referring to the universe, the creation and the creator, all in one universal sound.

The Healing Benefits of Om

Think of the Aum recitation as being a deep-breathing exercise, coupled with a sonorous rhythm that regulates the bodily processes, harmonizes the mind and the brain and finally helps the soul see what the eyes cannot.

We are all present on the same physical plane, but the same cannot be said of our metaphysical state. Depending on our acceptance and openness to the power of Om, we all may be affected by the recitation in different ways.

For some, the Aum recitation may simply regulate the hormones and make the body exist on a healthier level than before. For others, chanting the Aum may relax the mind and body and act as a stress buster. Still for others, the Om may be just another way to get closer to the mystery of the creator.

Perhaps the effect of the Om depends on the causal, subconscious plane. The body, mind and the metaphysical universe will decide where the energy created by the recitation of the Aum mantra needs to be channeled first. As is with any healing energy – the energy seems to know what best needs to be done and is self-directing in nature.

We all have potential energy in ourselves, often lying dormant and unchallenged. A sound tool such as the Aum turns this into a metaphysical kinetic energy, causing tiny little earthquakes and avalanches throughout our neural pathways – the healing power of the Aum is channeled through these strengthened pathways and then used to heal our body on a cellular level, harmonizing all the cells to work together in a healthy format. In the same way, the resonance of the Aum channelizes our thoughts and dreams into a more positive direction, making us calmer and happier in degrees.

Finally, the Aum is the sound of creation as said in the Mandukya Upanishad of the Atharva Veda in just 12 short verses, the first verse being: “Hari Om. The whole universe is the syllable Om. Following is the exposition of Om. Everything that was, is, or will be is, in truth Om. All else which transcends time, space, and causation is also Om.”

That, dear readers, may just as well be the key to the multiverse around us. Om Tat Sat…

If you have any wisdom or experience with the Om to share with us, please do so in the comment section below…