The Philosophy of Yoga: Ahimsa as Action 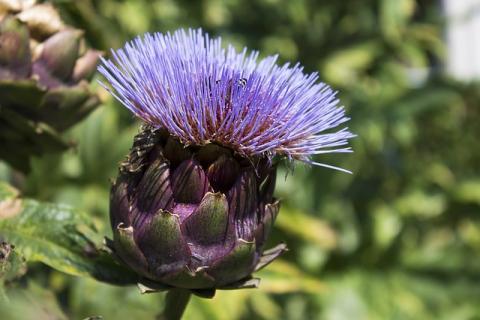 Yoga is more than a movement we see in class – it’s an entire lifestyle and philosophy. In fact, the yogic lifestyle  is made up of eight limbs. The eight limbs of yoga act as a guideline to live a purposeful life by. They stem from the Yoga Sutras, compiled by Patanjali around 2000 years ago. The first limb includes yamas, which are ethical rules. One of the yamas, ahimsa, is often oversimplified. Ahimsa is loosely translated to English as nonviolence, and is frequently applied to vegetarianism. However, it encompasses thoughts, morals, actions, and even self-talk. California’s Metta Center provides an in-depth definition of ahimsa:

Ahimsa is usually translated as “nonviolence,” but as we have seen, its meaning goes much beyond that. Ahimsa is derived from the Sanskrit verb root san, which means to kill. The form hims means “desirous to kill”; the prefix a- is a negation. So a-himsa means literally “lacking any desire to kill,” which is perhaps the central theme upon which Hindu, Jain, and Buddhist morality is built.

Ahimsa as nonviolence frequently creates the illusion that to practice it, one simply abstains from killing, and it is a passive process. In actuality, it relates to an active state of mind and conscious practice in daily life. Vegetarianism is a glorious start to thinking about ahimsa, but it is not all there is to it. For example, someone can be vegetarian, but if that person thinks ill thoughts, or knowingly causes purposeful pain to others, that person is not practicing ahimsa in its entirety. The key phrase in Metta’s definition is “desire” which coincides with one’s intentions.

Passivity can be a form of violence and harm itself, which conjures the famous quote by Desmond Tutu, “If you are neutral in situations of injustice, you have chosen the side of the oppressor.” Abstaining from action in immoral or unethical situations is a form of oppression, of causing pain, and is part of violence. Of course there are situations when violence is out of our control; passivity and silence need not be.

Ahimsa calls one to be aware, and to see things truthfully and with compassion. New York-based yoga teacher Dharma Mittra frequently says, “Our compassion must go beyond our pets.” He means this in regards to vegetarianism, and uses it for his students to question why it is ok to eat a pig but not a dog. The phrase, though, does not extend to just animals. Our compassion can reach all living beings. This is why ahimsa is not easy or passive. It is hard to extend our compassion to beings we have never met, even harder to those who cause us pain. The more compassion we garner, the easier it is to live peacefully.

Ahimsa is a call to action. The practice of yoga calls us to better ourselves on the mat, in order to better the world. Intention is key. By limiting ill thoughts, lying, or hateful behavior or speech, we can begin to practice the art of ahimsa, beyond killing.

ALL ARTICLES BY Xenia Sky