How to Use Yogic Breathing to Alleviate Power Struggles 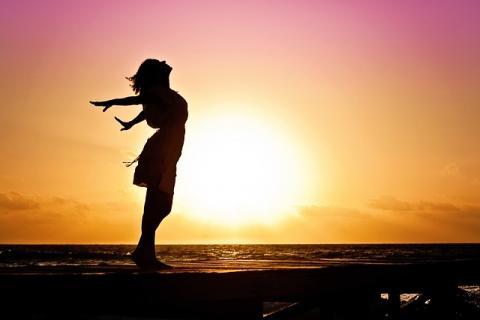 Power struggles seem to be more and more common as the number of individuals “taking back their power” increases. Where perhaps men, corporations, religious figures, medical practitioners and “anyone in a position of authority” used to automatically assume the upper hand in both conversation and assumed appropriate action, these days individuals are learning how to manage their own lives. Yogic breathing is the perfect tool to use when looking at how to alleviate the potentially harmful affects of power-struggles in any relationship situation, be it work, intimate or otherwise.

Where does one's “power” originate from? In the east, personal power is thought to accumulate from the greater cosmos and resides within a being in the navel center, known in yoga as “Manipura chakra.” In this vital center, one's Prana or “life-force energy” is built and stored. In martial arts and Chinese medicine, this region is known as the dantian, and is the holder of three forms of chi: jing, qi, and shen (essence, life-force, and spirit or god-force).

When two people are beginning to engage in a power-struggle it means that on a sub-conscious level they feel that they somehow have to vie for energy (which is naturally and inherently given to all), or else the other person will “take” energy from them if they don't take it first – as if energy is a zero-sum game. This is, of course, an illusion based on past experiences that have told the person that they are somehow either inferior or superior to most others. If the person feels that they are going to be “over-ridden” either in physical strength, emotional potency, mental intelligence or spiritual wisdom, their power center may begin to act up and cause them to engage, unconsciously, in various forms of power struggle.

(Power struggles can manifest in passive and/or aggressive behavior)

If any of these behaviors begin to arise in relationships of any kind, it means a power-struggle has been initiated, where one or both parties feel their personal power endangered.

Whether the person is experiencing actions/emotions in the first or second part of the list, it matters not: these simple yogic breathing techniques can help to strengthen the vital center responsible for storing personal power and remove the reaction responses to perceived power-struggles.

Normally, breathing takes place without thought; it is automatic, and thereby mostly beyond our control. In the negative sense, breathing can thereby become either shallow or quickened without thought in response to a specific situation, bringing a person into a largely disempowered state (since breath is directly tied to personal power and life-force energy). However, in yoga, the art of Pranayama is the craft of learning to control and eventually master the breath, bringing one into a space where other aspects of life which used to be uncontrollable or “beyond the mind” suddenly become masterable.

Viloma translates as “against the flow” or “reverse” because one is taking control over a process that has previously been automatic or mindless. This makes for a very powerful practice. Here is how it goes:

Begin by taking little inhale breaths with short pauses in-between, as if drinking air in through a straw. Inhale a little, pause, inhale a bit more, pause, a bit more, pause, etc. At the top of the breath, hold for a moment and then exhale completely. Repeat several rounds.

Reverse the viloma by now inhaling completely, a full breath into the lungs and then exhaling in small spurts until the air is expired. So the exhale is: breath out a tiny bit of air, pause, a bit more, pause, more, pause, stepping down the breath until all the air is exhaled, little bits at a time. At the bottom of the breath inhale a complete lung-full again and repeat.

Complete viloma is commenced by now adding step one and step two together. This consists of inhaling small sips of air all the way to the top of the breath, holding a bit and then exhaling in the same manner, slowly, pausing between tiny exhales, until all the breath is released. Repeating 3-4 rounds.

Take a few deep breaths both in and out of the lungs to feel the freedom now found in the lungs.

By practicing viloma breathing, not only does one gain control over the breath, which was previously spontaneous and largely “out of control,” but the capacity of the lungs is increased. By strengthening the lungs and the mental faculties needed to follow through with this exercise, one's Manipura chakra is activated and balanced, thereby allowing one to come from a more enlightened space around personal power.

Viloma breathing calms the mind, strengthens the spirit, enlivens the soul and empowers a person in general because it gives control where there was none before. During the process of practicing viloma breathing, one generally comes face-to-face with the idea or possibility of death, and must overcome any fear of such. This is because, by restraining the deep flow of breath into the lungs, it is common for the mind and body to feel as though the air is “being taken away,” which of course is a false notion. The mind knows of the falsity of this since there is control over the breath, so it has the capacity to easily overcome it. By releasing fear of death in this simple way one finds a deeper sense of confidence than before the practice.

If a power-struggle is sensed, it is a great idea to not only “take a few deep breaths” as the suggestion has been made on many occasions to avoid conflict, but alternatively, to take a few rounds of viloma breaths which center the mind. Through viloma breathing, one can regain a sense of true power, which ultimately always comes from within.

Yogic breathing has long been used to assist with various forms of personal empowerment and so it is no surprise that this simple technique can help quell the negative effects which power-struggles inevitably create. Alleviate power-struggles by using viloma yogic breathing in any relationship dynamic and watch the increase in power be given to all, genuinely and beautifully.