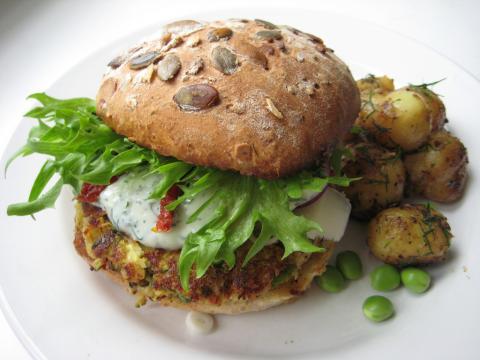 The first vegan butcher shop has opened in Minneapolis, Minnesota, and has become a popular stop in the area. It is an oxymoron because there are no animal products in the store, yet they sell bologna, ham, chicken and sausage -- all made with wheat gluten, yeast, soy and miso. Owners Aubrey and Kale Walch hand make these vegetable protein items in small batches to ensure freshness. Enjoyed by vegans, vegetarians and carnivores, the products taste like the real thing with the same texture as meat. They also sell deli meats and cheeses -- all vegan and tasty.

While they’re currently gaining in popularity, these products aren’t new.  Vegan meatless meats have been made for centuries by Taoist and Buddhist monks. There are a variety of different diets that monks may follow, with most monks eating only specific vegetables, fruits, and grains.. Their diet is based on the principles of Yin and Yang. In diets that are based on Yin and Yang energy, a balance between types of foods and the energy they bring is of the utmost importance. The right combination of Yin and Yang foods can achieve a more balanced energy and pH balance of the body. This trend has continued into the modern era and has become more popular in the 21st Century.

By the end of the 20th Century, health food stores, supermarkets, superstores and restaurants began featuring these meatless meats on their menu or in their cold cases throughout the United States. Many mainstream restaurants are even beginning to feature a separate vegan section. There are also many recipes for making meatless meats.

Meatless meats have a history dating back centuries, but have recently become popular due to growing vegan and vegetarian trends. With the first vegan butcher shop a success, the trend might just catch on in other cities across the nation, eventually making meatless meats as common as butcher shops once were.