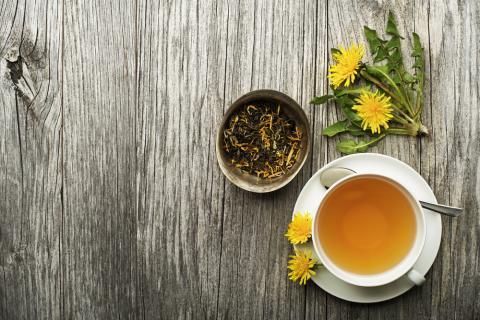 Bitters are plants that work by activating the bitter receptors on the tongue (and elsewhere in the body). Bitter receptors, in turn, trigger the production of digestive juices and enzymes so that by the time your food hits your stomach, the digestive system is revved up and ready to go. This has a significant impact on how well you break down and assimilate your food, which, in turn, has implications for the health of your entire body.

Another benefit of using bitters is their impact on the liver. Bitters promote liver function, thus impacting such wide range of activities as fat absorption, bowel function, detoxification, blood sugar regulation, sex hormone metabolism, and many others.

How To Use Digestive Bitters

Bitter herbs can be used as several drops of liquid extract or an ounce or two of tea, or even as a powder stirred into an ounce of water. The key is that you need to taste them (no capsules here, please).  You can even look beyond herbs when it comes to digestive bitters.  A bit of dark cacao, coffee, bitter greens, or any other bitter food will do.

Bitters work best when taken 15 or so minutes before meals. That said, they’ll also work taken right before meals, or even during or shortly afterwards, so no worries if you forget to take them ahead of time!

Just as not all people are alike, not all bitters are the same. Aside from stimulating digestion and liver function, some bitters have an overall cooling effect on the body. Others are more warming. Some are calming. Others reduce inflammation along the digestive tract and elsewhere in the body. Bitters work best when such qualities are considered when deciding which herb(s) will give you the most bang for your buck.

Here are some of the best herbs for digestive bitters…

I’m talking about burdock root (Arctium lappa) and dandelion root (Taraxacum officinale) together because they work great in combination. These are cooling herbs to support digestion and an overly “hot” liver in folks who eat a diet rich in animal proteins and fat, and maybe overindulge in alcohol. So, how do you know there’s heat?  Look at your tongue…it will be bright red, or maybe dark reddish purple.  The tongue will either lack a coat or the coat will be yellow.  A resting pulse rate greater than 90 beats per minute indicates heat (excluding an anxiety attack).  Overly hot folks may be irritable or even angry, or may suffer from insomnia and restlessness.

My favorite bitter herb for women is yellow dock root (Rumex crispus), which contains some iron but, more importantly, improves iron assimilation from our food. Given that most women bleed monthly for a good chunk of their lives, some blood building is a good idea.

Angelica root (Angelica archangelica), like chamomile, is an aromatic bitter.  Though angelica is warming, it’s a great one for cold folks: People who need a pile of blankets at night, have a pale tongue (or even a bluish one!) and a slow pulse rate (below 60 beats per minute…excluding athletes who normally have a slow pulse).

Other herbs to explore include yarrow (cooling and aromatic), turmeric (warming and found at most grocery stores), gentian (the most bitter thing  I’ve ever tasted) and citrus peel (save those peels from organic oranges, lemons, limes, grapefruits…).  Here are some additional supportive herbs.