Phytoestrogens: What You May Not Know 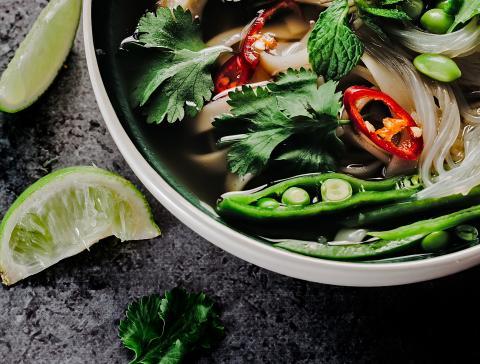 Phytoestrogens are not actually estrogen, in contrast to a common belief. They are chemicals found in many plants that, when eaten in our food, may provide health-promoting effects. This is in contrast to xenoestrogens—plastics, industrial chemicals, herbicides, pesticides and others—that are hormone disruptors even in small amounts. Phytoestrogens in our diet have been associated with heart health, anti-viral effects, reduced incidence for certain types of cancer, and more.  That said, I’m not a huge fan of taking purified phyotestrogen supplements. As with many things, more isn’t necessarily better.

To make sense of what phytoestrogens do in people, it’s important to have a sense of what estrogen itself does and how it does it. First, estrogen is made not just in the ovaries, but in many other places in the body, too. And there are three types of estrogen: Estradiol (involved in the menstrual cycle), estriol (functions during pregnancy) and estrone (the predominant estrogen after menopause).  I’m just going to refer to “estrogen” generally in the article to keep it simple.

Most folks know that estrogen is key in reproductive health and function, but did you know that estrogen also influences the immune system? That women are more likely than men to have an autoimmune disorder is possibly due to higher estrogen levels.  Estrogen is also important for the health of muscles, bone, heart, and blood vessels.  Estrogen even influences brain function!  A very busy hormone…

What do phytoestrogens do?

Back to phytoestrogens. What do they actually do? Some influence metabolism of our own estrogens in a beneficial way, for instance, by reducing production of damaging estrogen breakdown products that are associated with unregulated cell growth. Some phytoestrogens actually decrease our own estrogen levels. Some bind to ER-alpha without turning it on or only activating it weakly. This may effectively reduce the binding of our own strong estrogens to the receptor—hence, an “anti-estrogenic” effect by certain phytoestrogens. Other phytoestrogens bind to ER-beta and activate its cellular growth suppressing activities and other of its functions. As mentioned, these estrogen receptors are all over the body, so you can see how phytoestrogens can potentially have broad effects! Phytoestrogens also do things not related to estrogen, for example reducing inflammation and free radical load.

There is a whole slew of phytoestrogens. Here are some of the better-known categories:

A note to the more science-y folks out there:  When looking at studies that say a phytoestrogen is “estrogenic,” check to see whether this was determined in a cell culture dish or test tube or in an actual living being.  The first two “in vitro” types of study often don’t correlate with what actually happens in us humans!