Your Guide To Summer Flowers: Lily 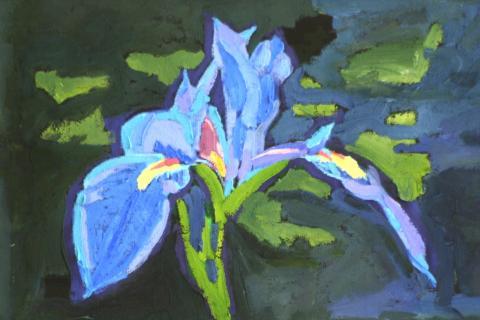 The lily is a member of the family Liliaceae, which contains about 359 genuses with up to 100 species, according to the United States Department of Agriculture. The plant is native to the northern hemisphere that includes North America, Europe, and Asia. Approximately 5000 years ago a tablet found in Sumeria depicted a Persian city surrounded by a field of lilies. In the Minoan civilization, they were considered a spiritual symbol; in Greek mythology, the flower represented the goddess Hera and it became a traditional flower used in Greek weddings. The Romans identified it with their goddess of love, Venus, and the Christians adapted it to represent their religious beliefs. Though used for millennia, it wasn’t until the 16th century that the medicinal uses of the plant were recorded and later the Chinese added it to their cuisine (http://basmati.com/2016/11/30/living-grid-foraging-beginners-part-2-winter). European plant explorers began searching for new species of lilies during the Victorian Era; many traveled to the Orient like Augustine Henry who found the Henry Lily. The Easter Lily is native to Japan and brought to the United by States by Louis Houghton, a World War I soldier, who brought bulbs back to his home in Oregon and shared them with fellow gardeners. By World War II they became an expensive commodity. Lily blossoms are edible and best eaten raw. They add a sweet flavor to salads.

There are so many genuses and species of lilies, each having their own characteristics; however, there are some basics that all share. They have a stiff stem with narrow strap leaves that grow long along the stem. The flowers can be large and trumpet-shaped, bowl-shaped or bell-shaped and found at the tip of the stem. Some grow upward while others grow outward or nod down. They come in a wide variety of colors and some are very fragrant while others are not. They are grown from bulbs that have fleshy, overlapping scales with no protective outer membrane. They grow to various heights and do well with other flowering plants.

With a large selection of genuses, species, and varieties, lilies give the gardener a creative palate. For colder climates the Asian varieties do well and are the first to bloom. They have up-facing flowers that come in colors of pure white, pinks, vivid yellows, oranges, and reds; though an aesthetic flower they lack the fragrance of other varieties.  The Trumpet Lily is a mid-summer blooming plant producing many fragrant blossoms. The Oriental hybrids bloom as late as mid-September with varieties that grow from two to eight feet in height. The shorter varieties can be used for patio accent and grow well in containers. These varieties have fragrant blooms that grow large white, pink, red or bi-colored flowers and are excellent cut flowers for indoor display. To enhance lily plants, be creative in your garden.

Deadhead blooms as they fade to ensure production of new flowers. Lilies are prone to a fungal disease known as Botrytis blight that forms reddish brown spots on the leaves and is caused by damp weather or night watering. Aphids can be a problem and can be hosed off. Rabbits and slugs love to eat new shoots.

Hearty, well-established plants do well during winter, but it is advised to cover them with mulch which will help them get through the cold months. In the spring, fertilize the plants with phosphorous rich fertilizer keeping the mulch in place to protect the plant from a late frost.

Dried lilies contain fiber, sodium, and carbohydrates. The bulbs are rich in proteins and starch and contain iron, calcium, phosphorous, vitamins B1, B2, and C. These properties make it a valuable benefit for cardiovascular health by regulating heart rate and stimulating the dilation of arteries. The roots are used as an ointment to treat spider bites and burns and help prevent scarring. The bulbs are also effective in treating ulcers and reducing inflammation and softening hard tumors on contact. The oil of the flower is used in aromatherapy to calm and reduce depression.

The lily is a versatile plant that enhances any garden. They make excellent indoor vase cuttings and decorate patios as well as garden beds. There are a vast amount of genuses with numerous species that come in countless varieties. They are colorful, range in fragrance, and are a hearty growing addition to any garden. For centuries, they have been used as a healing herb and are used today in many applications.