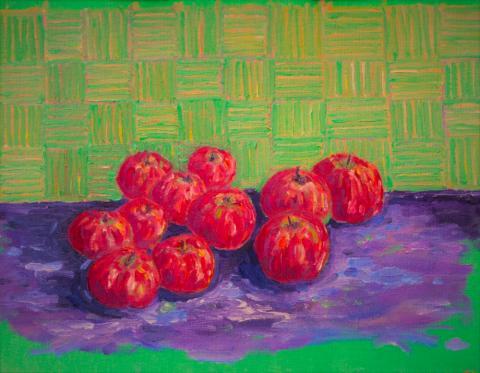 September is often the time to reminisce on summer enjoyed and a fall to come; it’s that transitional month where kids are going back to school, schedules are picking back up, and the summer heat is finally beginning to dissipate. While you might not associate September with the best of what the garden has to offer, in many ways it’s actually the prime month for seasonal foods. Here are five surprising seasonal foods you should be trying now (and what, exactly, you should do with them). Happy eating!

Apples are as ubiquitous as bananas in U.S. grocery stores and on kitchen countertops, but apples fresh from the farm are an entirely different type of apple than the shiny waxed Red Delicious you see left untouched at hotels and motels. Rich in antioxidants, dietary fiber, and vitamin C, apples are hardy, making them particularly suited to canning. When juiced, they taste especially sweet and can be hidden in a variety of other juices, sauces, and mixes in cooking. When fermented, apples produce a hard cider, while their seeds can be pressed to make an oil. While most grocery stores only carry half a dozen varieties, there are over 7,500 cultivars of the apple. Look for farms that offer u-pick options for family fun, or wait until a local farm offers a fall festival where visitors can enjoy music, apple picking, and fresh, hot cider.

Recipe: Easy Homemade Applesauce (unsweetened). I suggest adding a few stalks of rhubarb to this as it cooks, with maybe a bit of cinnamon, vanilla, and maple syrup. (You can also make an apple crisp, or add some fruit to your breakfast quinoa or pancakes!)

Like apples, artichokes are high in both antioxidants and dietary fiber, in addition to being a terrific prebiotic. They can be boiled, baked, steamed, and even grilled. Perhaps surprisingly, artichokes are a variety of thistle (hence their sharp, pointed ends); the part we eat is the unopened flower bud. While the heart is the most commonly eaten part, don’t be afraid to steam the entire artichoke, and then dip the leaves in butter. For those living in California where the climate mimics the artichoke’s ancestral Mediterranean home, globe artichokes are big and beautiful in September; don’t fret, though! I’ve personally grown these in Vancouver, British Columbia, despite plenty of rain and cool nights.

Recipe: For those unsure of where to start, try this easy Steamed Artichoke Recipe. You can’t go wrong with a bit of lemon butter or olive oil drizzled on top! (If you’re feeling adventurous, try frying the artichoke in beer-batter!)

Asparagus isn’t exactly a beloved vegetable; few kids will touch the tender green spears, even if they’ve been cooked in a way other than “boiling to death.” But they’re worth their price! High in vitamins A, C, E, and K, and filled with folate, iron, and copper, asparagus is a perennial, unlike most vegetables. This means that asparagus comes back year after year—the sprigs we eat are the new roots. While asparagus is generally associated with springtime, it is often possible to get a second harvest out of this vegetable in mid-to-late summer. Be on the lookout at the local farmer’s market or, better yet, try growing your own.

Recipe: For an entirely unique take on asparagus, Try Juicing This: Raw Asparagus.

Growing up in the Northwest, there were few days that were better spent than picking blackberries and turning them into fresh pie. Most of us are familiar with Himalayan blackberries and, while they’re invasive, they do produce thick, sweet berries at the end of summer. Blackberries contain significant amounts of dietary fiber, vitamin C, and vitamin K while being relatively low in calories. While blackberries are delicious when eaten raw, their sweetness is often enhanced when made into jams or jellies, or cooked into pies. To avoid being stabbed, try growing a thornless variety, or check out the native options available in your location.

Recipe: Healthy Summer Smoothie. Substitute blackberries for the strawberries, or add in whatever berry is ripe in your region.

There’s nothing like fresh corn and, when I say fresh, I mean fresh as just-picked-fresh-from-the-garden-then-poured-into-boiling-water-or-laid-on-the-grill. That kind of fresh. Corn is often more associated with fried chicken or burgers than it is with salads and smoothies, but fresh, organic corn boasts some serious health benefits: it’s a healthy source of vitamins A, B, and E, and dietary fiber. Surprisingly, corn contains high levels of iron, making it a good choice (along with greens) for those struggling with anemia or staying healthy on the vegan diet in particular.

What are your favorite end-of-summer foods? What item does best in your garden in August and September? Better still, what’s your favorite way to cook it?