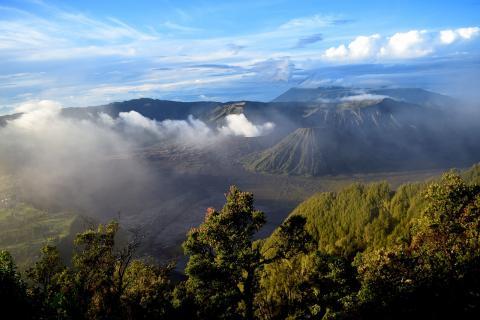 Kava Kava (Piper methysticum) is native to the Western Pacific Islands region. Captain Cook is responsible for the naming of the kava plant, though he didn’t actually discover it. The Latin name Piper methysticum translates to “intoxicating pepper.” The terms “kava” and “kava kava” are both used often and refer to the same plant.

Kava is grown, used, and consumed throughout the Pacific Ocean in places like Hawaii, Polynesia, and Melanesia. It is used in sacred ceremonies, rites, rituals, etc. It has been around for centuries being used socially, medicinally, culturally, and ceremonially. The plant’s roots are used to make a drink that contains sedative anesthetic properties, as well as entheogenic properties . (Enthogens are plant-based psychoactive substances often used in shamanic and ceremonial context.)

Today’s walk through Mother Earth’s Medicine Cabinet will take us to look at several healing benefits of Kava Kava. Before we begin I’d just like to mention that there is a debate about the use of Kava due to some of the possible risks and side effects. The risks seem to be more severe when the use of Kava is prolonged and when larger doses than the suggested amount are consumed.

There are said to be many medicinal as well as spiritual uses for kava root. Today I’m going to tell you five of the more well-known healing uses. Some of the other uses not included on this list include treating headaches, migraines, ADHD, colds, congestion, respiratory infections and much more.

Cancer Fighter: The kava root contains a natural compound called Flavokawain. Flavokawain compounds A, B, and C are all present in the root naturally and contain cancer-fighting properties. Medical professionals have been looking into using kava root for chemopreventive and chemotherapeutic agents that can be used to fight cancer cells without the negative side effects of chemotherapy and radiation. The flavokawain compounds not only fight cancer cells but they have the ability to kill them as well. Kava tea, along with several other edible foods, contains cancer-fighting properties.

Anxiety Reliever: There are several anxiety medications that can become addictive, creating further issues for some people. According to studies, kava may be a useful and safer alternative to prescription medications. The plant has natural non-addictive and non-hypnotic anxiolytics. Anxiolytics are substances used to treat GAD (Generalized Anxiety Disorder), stress, depression, and other similar conditions. The compounds found within the kava plant positively affect the GABA pathways throughout the body. GABA, or Gamma-Aminobutyric Acid, inhibits neurotransmitters within the body’s nervous system. These acids are responsible for reducing neuronal excitability through the nervous system. In other words, GABA helps us keep balanced and calm.

Natural Sleep Aid: The Kavalactones produced by the kava plant help relax the mind, calm stress, ease anxiety, and make rest more comfortable. Kavalactones contain tranquilizing properties as well as the sedative properties that help with anxiety. The combination of those properties helps the user drift off to sleep faster, sleep longer, and sleep more soundly. Drinking a cup of kava tea or taking a supplement about an hour or so before bed can help you sleep peacefully. (There are several other natural sleep aids that can be used for a good night’s rest as well.)

Postmenopausal & Menopausal Treatment:  Studies show that kava kava may be a great natural alternative for women dealing with hormonal imbalances due to menopause. The same compounds found in kava that help treat anxiety are also helpful to men and women alike when dealing with hormonal imbalances that come with age and the change of life. Kava helps people deal with the anxiety, depression, and mood swings generally experienced by men and women going through the change.

Aphrodisiac: For some people, kava kava acts as a natural aphrodisiac due to the anxiolytics and kavalactones. For some, it simply relaxes them, increasing the potential for bonding with a partner through more open communication and flirtatious playfulness.

As I mentioned, there is a steady debate that takes place when it comes to kava kava. However, both sides seem to be working together to see that the healing benefits can be put to use without any risks or side effects. There is a wealth of healing benefits that kava contains and when used in proper dosage it is amazing; however, those that over-consume may end up dealing with risks.  Always do your research. I hope this week’s walk through the medicine cabinet finds you well and in a good way. Happy Healing!