Tongue Scraping: A Method for Detoxing the Body and Freshening the Breath 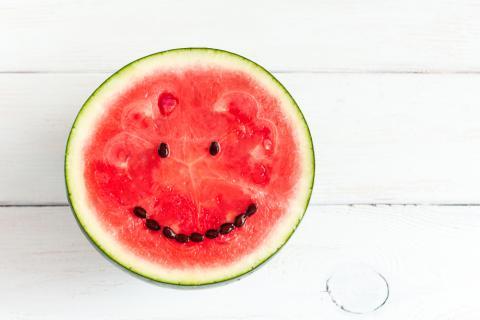 We don’t pay the tongue much attention. A dominant feature of our mouths, it works thanklessly to help us enunciate our speech and appreciate and consume our food. Many people prefer to ignore this part of the mouth, especially in the morning, when the furry buildup that has accumulated there overnight has us running for the toothbrush.

Before you brush tomorrow morning, give your tongue a closer look. A dense coating could signal an imbalance beyond the confines of your mouth, and tongue scraping – the act of using a simple tool to remove that coating – may be an easy step toward rebalancing the body.

In an Ayurvedic worldview, the tongue coating we encounter in the morning is an expression of ama. Ama, often translated as “undigested,” is the accretion of impurities in the body and the source of many health issues. The term ama applies to both physical and energetic toxins, and a film on the tongue can indicate a doshic imbalance or the presence of undigested food in your system. (Try these yoga poses to stimulate your digestive fire and prevent the buildup of ama in the first place.)

Especially if you tend toward a kapha imbalance or if you’ve been feeling sluggish this summer, ama may be a culprit.

Which brings us back to tongue scraping.

In addition to clearing your mouth of ama, getting the goop off your tongue can also wake up the taste buds, and if you’re better able to taste your food, you’re less likely to pile on the salt – an Ayurvedic no-no.

Tongue scraping has also been promoted as a way to tackle bad breath—one study from the University of São Paulo indicates that tongue scraping is 30% more effective at diminishing bad breath than brushing the tongue with a toothbrush. In an interview with the Vegetarian Times, Anthony Dailley, D.D.S., explains that tongue scrapers can reach areas between the taste buds that most toothbrushes can’t. “Brushing your tongue with a toothbrush…is like taking a broom to a shag rug. It’s better than nothing, but it’s not the greatest cleaning method,” he says.

Bacteria aren’t the enemy. We need bacteria to keep our mouths healthy and to aid in the pre-digestion of food. But a thick coating on the tongue is worth your attention.

How to Tongue Scrape

Scraping the tongue is pretty much what it sounds like, but be gentle! Gagging or soreness is a sign that you’re attacking that coating a little too vigorously.

Spending time with your tongue each morning is also a great opportunity to analyze it. Ayurvedic specialists counsel that the tongue can inform us about the overall health of our bodies. In his tome Radical Healing, Rudolf Ballentine writes that a dramatically red tongue can indicate overheating in the body and excess pitta, so if you notice redness rather than a coating, you might want to incorporate some cooling exercises into your daily routine. A pale tongue indicates a lack of pittic fire and a purple tongue might be a sign of decreased blood circulation. A dark coating on the tongue could indicate increased toxicity in the body.

Ballentine also notes that the color of your coating may differ depending on your primary dosha: a brown coating indicates vata types, yellow indicates pitta types, and a white coating kapha types.

Once you get into the habit of scraping your tongue every day, you'll find it becomes an essential part of your morning routine.