Living Off The Grid: Solar Panels - A Beginner's Guide (Part 2) 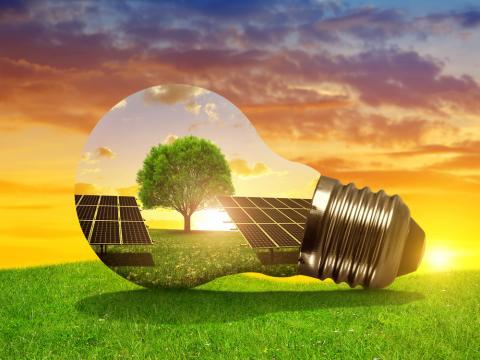 As we discussed in part one of Solar Panels: A Beginner’s Guide, solar panels and solar systems can be very simple but at the same time very complex. A simple system is designed to take the power produced by the sun and absorb it into the solar panels.

In part one, I broke down the three main components that make up a solar system: panels, inverters, and batteries. In this article, we are going to go over a few more pieces of equipment.

The last article ended with the topic of using batteries to store the unused electricity for later use. Deep-cycle batteries are among the best out there to use in a battery bank system for a couple of reasons: first, the deep cycle batteries can handle prolonged and repeated uses, and second, they hold a little more power.

When using a battery bank it’s important to have a charge controller or regulator as well. Charge controllers or regulators are a very important addition to any solar system using a battery bank for backup storage and power because this piece of equipment is designed to keep your batteries from becoming overcharged. It will regulate the voltage and the electrical current that comes from the solar panel to the battery. There are two things that can happen if a battery becomes overcharged:

Is There Something Other Than Batteries That Will Keep The Energy From Backflowing?

There are some people who are not interested in investing in a battery bank system. The good news is: yes, there’s another way to keep your panels from losing their charge at night or when the sun isn’t shining. There is a little device called a diode that can help solve this problem, but it will not store any excess power—it simply keeps the electricity from draining out.