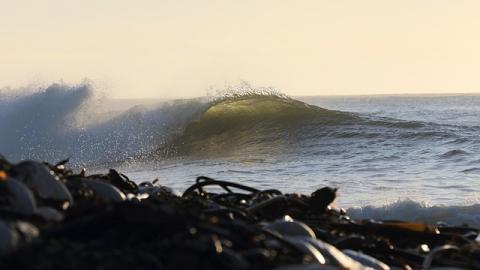 Seaweed is often touted as some of the most nutrient dense food in the world. Seaweed has been used for centuries in the Far East and India, but only in the late 20th Century did it become popular in the United States where its primary introduction was during the health food trend in the 1970s. Today it is a popular addition to sushi. Seaweed is a term that defines many plants that grow in the ocean. Kelp is one of these.

Kelp is also known as brown algae and grows in communities known as kelp forests. Ayurveda includes kelp as a major part of a healthy diet. Holistic healers have found it to be a vitamin and mineral rich supplement providing numerous benefits to the body. Kelp’s nutrient density is largely attributed to the plant’s absorption of nutrients from the seawater and the sun, making it rich in vitamins and minerals. By the same token, kelp should be harvested in remote areas away from polluted waters, since the plant also absorbs surrounding pollutants.

Ayurveda considers kelp as a condiment favorable to those with Vata tendencies. The Vata dosha acts on changes in the circulatory and respiratory systems. It has many health benefits for the body.

Here are 4 reasons to add this little seaweed to your plate:

1. Iodine is a trace mineral in the human body, and it is essential for proper body function. Kelp is an excellent source for iodine, which boosts energy levels, functions as a relaxing agent to calm nerves, and reduces irritability. Because of these effects, many have also found kelp an effective sleep aid. Iodine is also a known catalyst to oxidation, which helps to better metabolize foods.

2. There is an almost identical correlation between sea water and the make-up of the human body. Since kelp is an ocean plant that absorbs its nutrients from the salt water it would seem to be beneficial to include this food in our diets. It is a simple way to avoid mineral deficiencies since the plant is in a mineral rich environment, unlike plants grown on land that might be depleted of minerals.

3. Kelp is nutrient rich. Included in the properties of the seaweed kelp, is that the plant is a rich source of iron, containing more than eight times that of beef. The levels of vitamin A found in kelp are richer than those found in carrots, and there is more calcium in kelp than contained in milk. Vitamins E and K are also present, as well as potassium and proteins.

4. Kelp detoxifies the body when included in a health drink. When applied topically, kelp will help tone the skin as well as heal chronic dry skin.

5. Kelp is known to protect the body from harmful effects of radiation and environmental pollution and it is found that those eating kelp regularly have a reduced risk of cancers (including breast cancer).

Kelp has become a popular food as a main ingredient in sushi. It is found in sushi bars throughout the world. It is an excellent ingredient to add to drink recipes and menu items.

Salt and seasonings of choice

1. Place the bamboo sushi plate on the table.

2. Place a kelp leaf on the plate.

5. At the end of the plate, place a cut vegetable long side and sprinkle a dash of salt and/or other seasonings of choice lightly over the rice.

6. Hold the piece of vegetable and begin to fold the plate, and then continue until the kelp is completely covering the rice.

8. Refrigerate until ready to serve.