The Dangers Of Traditional Candles 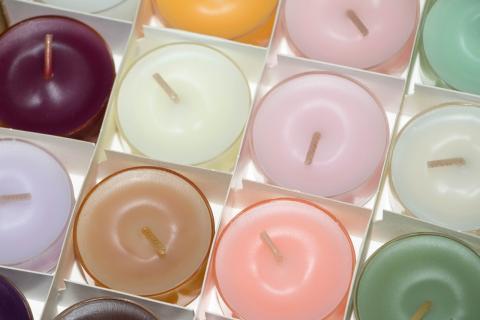 When temperatures start to fall, few autumn mainstays feel as cozy or as necessary as a scented candle. Whether your scent of choice is pumpkin spice or pine, a go-to candle can get you excited about shorter days and blustery nights.

But are those soothing scents triggering allergies, asthma, or worse?

The online debate surrounding candle toxicity is passionate and polarizing, and few studies on their effects on health have been conclusive. Still, there’s reason to pause before purchasing your next cider-scented candle.

Lead wicks are the least controversial element of the candle debate because they are the most researched and perhaps the most dangerous. Exposure to lead has been linked to developmental disruption in children and various health problems in adults. Lead wicks were banned in the United States in 2003, but candles made and imported from outside the U.S. may still contain lead. To check candles at home, cut the top of the wick. If the wick has a metal core, is grey, leaves pencil-like markings, or is over a decade old, toss it.

Aromatherapy is one of the greatest allures of candles, but synthetic scents may not be the best choice. The National Candle Association states on its website that “the fragrances approved for candle usage—whether synthesized or ‘natural’—do not release toxic chemicals,” but Green America disagrees, asserting, “synthetic oils release microscopic particles that can cause cancer and other health problems when inhaled.”

A 2001 EPA study demonstrated that the more fragrance in a candle, the more soot it produces (and the more it pollutes the air) and according to a 2010 article in Prevention, “pollution in your home is often 2 to 5 times higher than it is outdoors.” Scented candles produce particulates, bits of pollution that can inflame the respiratory tract, making the source of a candle’s aroma especially relevant to those with allergies and asthma. To keep air pollution at a minimum, burn candles in well-ventilated rooms.

Wax type is the most debated issue in the candle world. The most common is paraffin wax, a byproduct of petroleum that’s labeled as a petrochemical. According to a 2005 Vibrant Life article, paraffin contains eleven toxins, two of which are known carcinogens. A candle maker quoted in Green America’s “Are Your Candles Toxic?” compares lighting an aromatherapy paraffin candle to “preparing a healthy drink of fresh-squeezed juice and adding a shot of gasoline.”

Burning paraffin candles releases chemicals like alkans, alkenes, and toluene, which have proven detrimental effects on human health, according to a 2009 study at South Carolina State University. One of the researchers warns that lighting candles frequently and inhaling these toxins on a regular basis could lead to health issues ranging from allergies to cancer. A 2017 study published in the journal Toxicology Letters concurs: “Pulmonary exposure to particles from burning candles is associated with inflammation and cytotoxicity in the lungs.”

The National Candle Association asserts that paraffin is safe, so safe that the FDA approves its use in food—a fact I find more alarming than comforting.

Given the evidence against paraffin, you can play it safe by choosing other waxes, like beeswax, soy, or vegetable-based waxes. 100% beeswax candles are expensive, but they last a long time and release negative ions, which may clean the air by attaching to dust and pollution. Soy candles are cleaner burning than paraffin and are also longer lasting.

Regardless of whether or not you decide to eliminate paraffin candles from your home, New York University’s George Thurston, Ph.D. cautions that “just lighting a match to start a candle creates sulfur pollution in the air,” so choose a lighter over a match. Further, he says, “When you light any kind of candle, you might turn on the exhaust fan; even if it ruins the mood, it vents out the fumes. People just need to use common sense.”