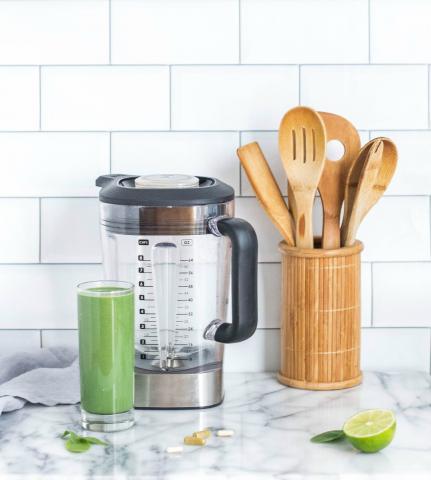 Frankly, with words like chia, flax, probiotics, goji, and more making the rounds, it’s understandable to become sick of the whole bandwagon of health food and stick to a normal diet instead. And frankly, a healthy balanced diet will always do you good, even if all these health foods do not find a way into your home and hearth. However, the wheatgrass obsessed folks are indeed on the right track. Why? Because the sheer benefits of wheatgrass outweigh its “grassy” taste and any trouble you need to go to consume it!

The Nutritional Benefits of Wheatgrass

Let’s talk basic nutrition. Even for the skeptic, wheatgrass proves to have rather impressive nutritional stats—brimming with chlorophyll, vitamin A, vitamin C, and vitamin E to name a few. To really top it all, wheatgrass contains an astounding 98 out of the 102 earth elements (minerals) found in the soil like phosphorus, calcium, iron, magnesium, and potassium. It also has many essential enzymes and some 19 amino acids, plenty vitamins, and many liver enzymes as well. The star is definitely chlorophyll, which makes up some 70% of wheatgrass, for it’s an antioxidant par excellence that reverses aging, suppresses hunger, and cleanses the blood—and studies show that it can help prevent cancer as well.

How Can I Eat Wheatgrass?

Well, let’s be honest—there’s a reason why the bovines of the world eat grass—it’s kinda tasteless, or simply, grassy! The main way to eat wheatgrass is to integrate it slowly into your routine or too much health too suddenly can make you nauseated and fatigued. Plus, wheatgrass should be had on an empty stomach, not after a full meal, else nausea will be back!

You can get wheatgrass in its dried and powdered form; just make sure what you get is 100% organic. You can add a teaspoon of it to any health drink you have in the morning—a green smoothie, a probiotic shake, or even that honey and lemon water. You can grow wheatgrass by sowing wheatgrass seeds in small pots and harvesting the shoots when they are about 7-8 inches in length, as this is when it is at its nutritional peak. To harvest your wheatgrass, simply trim a centimeter or two above the soil surface with a pair of scissors, and rinse the crop thoroughly before putting it through your juicer.

Basically, wheatgrass teems with health benefits. So while you may not be on the organic bandwagon, you can always just include wheatgrass into your daily diet for some awesome health quotient.