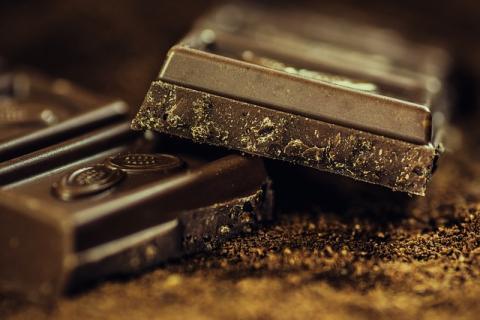 Cocoa is the bean from the cacao tree which is a native plant in the Amazon region of Brazil. It made its way throughout Central and South American during ancient times. The seeds are contained in a pod and were ground into powder. Today the food is known as cocoa powder.

Cocoa has its roots in Central and South America. It was a ritual drink for Mayan matrimonial occasions, which has continued into the modern era as a romantic gift. The native peoples called cocoa cacahuatl which the Spanish translated into cacao. It became a popular food in Europe in the post-Columbian era and was further developed by the Swiss and has become a favorite treat throughout the world. Cocoa powder contains essential nutrients, is high in fiber and is low in calories; however, it is bitter tasting and needs sweetening to make it palatable which adds calories. The cocoa bean grows on the cacao tree, and the beans are processed through fermentation. Its healing benefits have been used since the Mayan empire and Ayurveda incorporated it into its healing regime when cocoa was introduced to India. Later, holistic healing methods embraced the bean into their treatments.

Cocoa has a lot of history, and a vast array of health benefits. Here are 4 of them:

1. Cocoa is a good source of iron, magnesium, calcium, phosphorous, copper and manganese; it also contains selenium, potassium and zinc. It also contains protein and carbohydrates, and dietary fiber makes it beneficial to the body. One tablespoon of cocoa powder contains twelve calories; however, due to its bitter taste, a teaspoon of sugar (which contains sixteen calories) is added. Cocoa adds vitamin K for proper blood clotting and vitamin E, an antioxidant, to the diet.

2. Holistic healers find cocoa to be a valuable addition to their herbs as treatment for high blood pressure showing positive changes in the systolic and diastolic blood pressure because it is rich in flavonoids. Cocoa is used in the control of cholesterol by reducing levels of triglycerides, LDL cholesterol and glucose level l. It is also used to control diabetes effectively improving insulin resistance and glucose metabolism and thus regulating sugar levels in the body.

3. Ayurveda uses cocoa because its bitter flavor is one of the six tastes. It brings about the cool, light, and dry qualities in the body. It is primarily used for balancing the kapha dosha in treatment of excess weight, congestion, edema, and for balancing excess pitta for treatment of heat, inflammation and skin issues.

4. Ayurveda uses foods as medicine and cocoa is included. It suggests moderation in their treatments and a small amount of dark cocoa can be effective in treating many situations. It should be taken with fruit and not dairy products, for they prevent the absorption of the beneficial flavonoids in cocoa.

Cocoa has become part of the world menus and the recipes range from sauces to desserts.

For this recipe, I use a 13x9x2 cake pan greased and floured

Make the frosting first, then prepare the cake batter