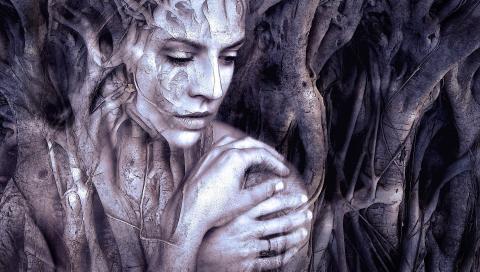 Forgiveness. Sometimes it seems to be the be-all and end-all of spiritual practice, the goal

of every religious seeker, the easy solution to almost every experience of abuse and trauma a person can experience. Indeed, true forgiveness is a profound state—and probably a pinnacle of spiritual evolution. However, demanding that those who are on different places on the path to healing and wholeness forgive—without even understanding what that entails—and using “forgiveness” as a way to blame victims is an act of violence itself.

Telling a person to forgive and let go, to have compassion for their abuser when they have not truly processed the pain from the abuse, can actually be extremely detrimental to that person's healing process. Although the intention may be a good one, suggesting that someone forgive those who have hurt them most deeply can be an aggressive and hurtful act that does more harm than good. Belittling someone's pain, when we already live in a world where victim's voices are silenced, is not helpful or healing. Indeed, in this way, suggesting someone forgive can become a form of victim-blaming. Telling anyone how they should process any kind of pain or deep-seated trauma is probably to be avoided unless you are a professional counselor skilled in the art of caring for those who have been deeply wounded in this way.

On the worldwide soapbox of social media where everyone has a say, I have been dismayed at some individuals’ responses to those who bravely choose to bare their souls on the public forum and express their sadness, hurt, or regret at relationships that were painful or abusive. Instead of lauding these individuals' courage and tenacity in the face of strife, there are some who, through a thinly-veiled call to “forgive,” actually blame the person for their suffering in the first place by suggesting, subtly, if they were “doing it right,” they wouldn't be suffering at all. Suffering is, unfortunately, a part of life on this planet, and to heal we must acknowledge the suffering instead of mask it with a sugary coating of false forgiveness.

The Power Of Choice

In the advent of massive thought and paradigm-changing information becoming unveiled, such as the reality that we can affect our realities with our thoughts, a la the film The Secret, people are waking up and realizing that we do have more choice over our emotional states and how we choose to see events than we have been led to believe. Unfortunately for some, this “brave new world” of conscious creation has turned into a massive movement to deny emotions and to ultimately blame any darkness or negativity on those who bring it to light—which are likely the victims of violence themselves.

The Secret even fleshes out this denial mentality, saying that to accrue abundance or good health in life, it is necessary to avoid others’ suffering. In this way, The Secret promotes a selfish mentality that is not, ultimately, mature or healthy. In the light of issues like white privilege and the sickening abuse that women have been plagued by for ages that are now coming to light, a philosophy that advocates denial so that some individuals may prosper is narcissism on a very wide scale. In the same way, using the idea of forgiveness to subtly deny the darkness in the world, and the hurt in people's lives, is an act of narcissistic, violent behavior.

Being able to consciously create our lives does not mean that the things that have hurt us are not there, or that grieving is not necessary, or that so-called negative emotions should be cast out of our lives forever. Creativity, and the act of creating our lives consciously, is not an act of control, but rather, one of choice. To heal, we must make the choice to bring love and compassion to our own pain, first and foremost. When we make a choice to meet our pain, or the pain of others, with a loving, open mind, we can recognize that life is a complex and beautiful web of emotions and experiences—some dark, some light. Using a false idea of forgiveness to try to have a white-knuckle grip on so-called positivity is detrimental to all of us—individually, and in society as a whole.