The Calming Effects of Kava 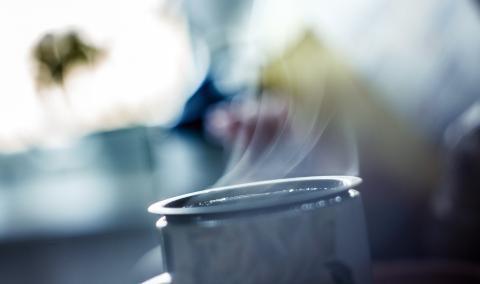 I decided to spend my time off this summer in a full-immersion Spanish program. I really want to up my Spanish game, but spending my days inundated with a language I only feebly comprehend has done no favors for my chronic insomnia and persistent anxiety. I’ve been searching for something to take the edge off without dulling my much-needed faculties, and kava might be the key to a less stressful summer.

In the U.S., kava is commonly marketed as an herbal Valium or a healthy alternative to alcohol. South Pacific islanders have revered the sedative properties of the roots of the kava plant, also known as kavakava or Piper methysticum, for thousands of years, and it’s a traditional component of religious and cultural ceremonies in parts of Polynesia. In some Pacific Ocean cultures kava seems to serve the role that alcohol does in the U.S., consumed recreationally in kava bars and at social gatherings.

In an article for Better Nutrition, Jamison Starbuck describes the traditional environment of kava consumption: “Kava drinkers will sit quietly, enjoying their state of kava ‘intoxication’ in silence, listening for messages from within or from another realm; while under the influence of kava, talk ceases. Because light and noise can interfere with the effects of kava, darkness is preferred, and children and passersby are hushed when nearing a kava drinking ground.”

This description had me questioning how appropriate it was to use kava for my Monday morning, pre-Spanish jitters—I certainly didn’t want to feel “intoxicated,” stumbling and slurring my way through class (although a loss of inhibition, and possibly the slurring, might actually improve my Spanish). I decided to give it a try, taking small doses morning and night in order to observe its effects on both my anxiety and my insomnia.

My local Pharmaca offered both a strong kava extract and a tea by Yogi called Kava Stress Relief.

To mask kava’s notoriously “earthy” taste, Yogi combines its kava with organic carob, sarsaparilla, cinnamon, ginger, cardamom, and stevia. It’s delicious. With 78 mg of kava per tea bag, I had no trouble incorporating this tea into my nightly routine, enjoying its spicy warmth before heading to bed.

On the other hand, initially it took a strong, tart cherry juice and an iron will to make the extract palatable. But with 500 mg of kava per serving, more than 6 times that of a Yogi tea bag, the extract is definitely the best choice if you want kava’s full effect, and I’ve gotten used to it. Kava is also available in pill and powder forms.

Side Effects of Kava

Kava isn’t addictive, but its effectiveness can decrease with use. There’s controversy over kava’s toxicity and its effects on the liver, a debate heightened by Germany’s banning of the marketing of kava products in 2002. German courts lifted the ban in 2014 after marketers of kava products argued that the risk of side effects such as hepatotoxicity was low, especially compared to the side effects of the pharmaceutical alternatives, benzodiazepines like Valium and Xanax. Because of kava’s sedating effects, and because of its possible strain on the liver, you shouldn’t drink alcohol while consuming kava products, and some experts recommend that you take it regularly for only a few months at a time.

It does appear that generally the side effects of drinking kava are relatively mild. Starbuck reports that the most common side effect of long-term use is a dry, scaly skin rash (kava is phototoxic, meaning that if you have a history of rashes triggered by sun-exposure, you should avoid kava). According to a 2014 article in HealthGram, an overdose of kava results in sleepiness and decreased motor functioning, warranting the label on some products cautioning against the “operating of heavy machinery.” In my experience, I’ve never been so relaxed that I didn’t feel 100% confident driving my car to class or work.

I was happy to learn that a 2011 study published in the Australian Journal of Medical Herbalism found that kava at the recommended doses does not impair cognitive functioning, meaning I can have some in tea form in the morning without worrying that it will hinder my ability to stay focused and clear during my Spanish classes.

I’ve had good results with kava. It’s not a miracle-worker—I’ve still had sleepless nights, and nothing will ever completely calm my nerves before a Spanish presentation—but since I’ve started incorporating kava into my routine, I can breathe a little more deeply and haven’t felt as anxious or overwhelmed in general. For me, the effects have been subtle. I’ve never felt the high or intoxication that some users describe, but that may be because I’ve kept my dosage relatively low. My Fitbit shows that my resting heart rate has gone down a few beats per minute in the past month. I can’t claim that kava can lower your heart rate, but to me this is an interesting indicator that when I’m at rest, I’m resting more deeply. I’ll continue to supplement my diet with kava this summer, and I’ll keep it on hand for those inevitable stretches when life moves too quickly and it takes a little more than meditation and a few deep breaths to slow myself down.

*Disclaimer: Author has no financial affiliation with the brands and products mentioned.