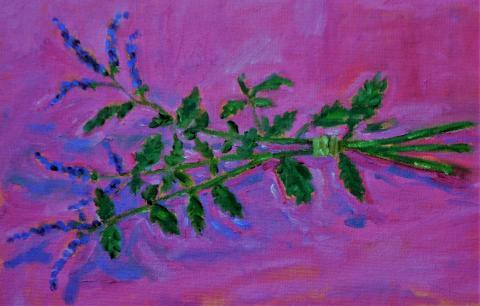 Powerfully minty-fresh with a cool distinctive fragrance, peppermint oil is quickly becoming one of the most versatile essential oils in the world. The rapidly growing perennial plant native to Europe and Asia supports a wide range of health benefits due to the nutrient-rich compounds present in peppermint leaves.  Not only does it have a calming effect on the body when applied topically but peppermint oil also contains antimicrobial properties that can freshen breath, soothe a wide range of digestive issues, and act as a decongestant when applied orally. According to records from ancient Greece, Rome, and Egypt, peppermint has been used as a natural remedy for thousands of years. Today, we have the scientific studies to back up these ancient remedies. The following ten health benefits are possible with the help of peppermint oil:

Meamarbashi, Abbas, and Ali Rajabi. “The Effects of Peppermint on Exercise Performance.” Journal of the International Society of Sports Nutrition. 10 (2013): 15. PMC. Web. 1 July 2017.

ALL ARTICLES BY Carly Salzberg