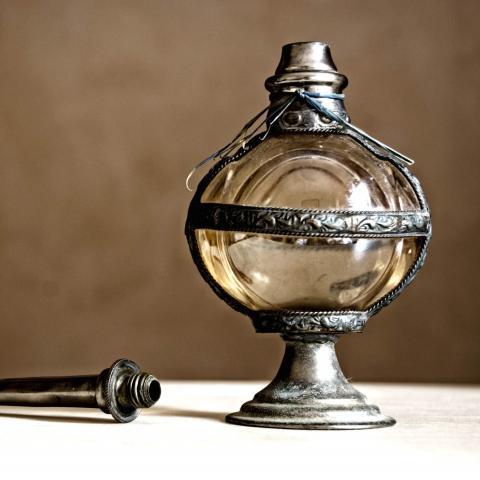 If you have ever been in a relationship, you know the work that goes into growing one, keeping one and preventing its demise. Sometimes, it just isn't possible, it seems, to maintain certain relationships, and so it is that many people move from one partner to another – constantly searching for the “perfect mate.” What if a perspective could be adopted that acknowledged relationships as alchemical containers? What would that mean? And how would this viewpoint change relationships forever?

First, let's start with the term “alchemy” and what it means – in general. In ancient days, the alchemist was one who could change lead into gold, the magical process of transmutation and transformation, which has eluded both scientists and religionists alike.

In more recent times, the idea of “inner-alchemy” has been introduced on the scene, which refers to the spiritual process a person goes through in order to transform their lower-mind, or “base-consciousness” of mundane thinking into a golden, or more purified, expanded-consciousness. Practices and studies such as various martial arts, tantra, and yoga have been aimed at helping the practitioner cultivate their own inner Chi or elemental fire, which works in much the same way to purify and elevate both the body processes of the practitioner as well as their mental faculties. Through said practices, the practitioner “burns” through old beliefs and patterns, allowing him/her to find the true light within.

One who has been alchemically transformed is thought to have transcended base-attitudes, societal conditioning, behavioral patterns and subconscious impressions in order to live authentically in the awareness of the present moment.

So What is Alchemy in Relationships?

Truth be known, there is only so much inner work one can do on themselves without hitting a proverbial wall. In other words, we can only dig so deep individually. This is the magic of uniting with another being. It actually takes the perspective and consciousness of someone “outside” of ourselves to show us that which we could not see on our own.

Have you ever felt like your partner was constantly nagging you or nit-picking? That you were in a perpetual criticism game? These may be over-exaggerated examples of the true purpose of alchemical union, but undoubtedly, we need the other to see what we cannot see.

If we look at a relationship not as an interaction with “someone else” but instead, as an interaction with another aspect of ourselves, we can begin to see how we attract someone into our field who can best shine the light on those things that we are in need of healing, releasing, and cultivating for our own evolution. This “other” person has also drawn us in, as an aspect of themselves able best to shine the light on their next phase of evolution. It is always and equal exchange, at least at first. The initial attraction alone has signified that the elements are present in order to initiate an alchemical process.

The question is, how to enter the alchemy of relationship and benefit most?

First and foremost, in relationships, both parties must be “game for change” - in other words, both must be able to acknowledge that the other person is assisting them in growth, and that they want to grow, develop and evolve. If either party is content with “how they are” and resistant to any type of change, the relationship is NOT alchemical and will stagnate over time.

Secondly, both must feel safe, accepted and supported in the relationship. Unconditional love must be present, as the process of alchemy can sometimes be an ugly one, as old dross comes to the surface for both partners to be transmuted. If either party feels unsafe or judged in anyway, this will surely thwart the alchemical process and cause the union to fall into the category of “just another partnership.” An alchemical union needs a container, and by that I mean that it needs a boundary of safety around it.

Once you have two willing parties and an agreement of safety, the next phase is to allow the process. By this, I mean both people will naturally bring to the table any patterns, beliefs or impressions that they are still living from – to the container of the relationship. You have probably already noticed that most relationships are natural trigger-grounds. When another person is able to identify our buttons, weaknesses, and places of potential strengths still as yet undiscovered, it doesn't feel so good – but is perfect for the alchemy.

The best practice to get into when engaged in alchemical union is to have gratitude for the triggers as they arise. Allow yourself to see them as activations of deeper potential and come to the table ready to “do the work” within in order to heal, discover and elevate your previous state.

What Not to Do

It is most important, in alchemical union, NOT to continually point out flaws just because you can see them. You have been gifted a most sacred experience to be able to see through this other person, to perceive their weaknesses and sense their strengths. If you only focus on the weaknesses, then the band of unconditional love will falter, trust will gradually leave the union, and it will take so much more work to get back into a place of blissful romance. The most important task you have is to SEE their weaknesses, but not to harp on them.

What to Do Instead

It is easy to point out something that is so painfully obvious, especially when you – as the equal opposite and complementary partner – has such a clear view of what they need. But, what is even more powerful than pointing out what needs fixing is to emphasize the positive elements present. You have the power to strengthen these gifts like no one else and this is because of the container that has been created by your union. What you get to do, if you take the challenge, is to turn your eyes from the faults and focus on the little successes your partner is having in your presence.

When you can focus on and emphasize the positive attributes of their person, even in the face of the “ugly stuff surfacing” - this is true alchemy, and will allow for the magic to multiply. You see, it is important, when faced with the dross from the psyche that inevitably arises in alchemical union, not to freak out on the other person, not to judge them for said dross, and not to threaten to leave them for such behavior. Why? Because it is because of you that these things are able to be pulled out of their psyche!! They could not release this stuff without your observing, loving eyes, and they could not have the chance to move beyond these things without your staying with them through the purge.

This is the hardest part. This is when everyone likes to jump ship. And yet, this is when the true alchemy has just begun!

This is the phase of alchemy where the old selves are being “liquefied”. It may not be a pretty process, as I can imagine it is not inside the chrysalis where the caterpillar is preparing for his life as the butterfly...but he gets to do the liquefaction process alone. No eyes of judgment telling the caterpillar that s/he is “so gross for becoming a pile of slime” and “falling apart” or “not the caterpillar I once knew!” No, as humans, our transformative, alchemical process gets to happen, has to happen, in the presence of the one who loves us. Inside the sacred container of relationship, the alchemy is activated and we are allowed to shed all that is not truly us in order to become who we really are.

Well, it is and it isn't. Unfortunately, most people do not make it past the original death phase in a relationship, the stage where the old self is liquefying. This is the scariest part for either partner because it seems you are losing yourself in the relationship, and your partner feels they don't know you any more, and you feel that you don't know who they are anymore either. This is of course for good reason, because neither of you will remain the same – and this is the purpose of the alchemy in the first place.

If both parties can truly commit to “better or worse” and realize that the worst part of the relationship will ultimately lead to the best in both partners, then the reason for the attraction in the first place will not have been in vain. I truly believe that the ultimate reason for coming into relationship with another person is to transform your being into the highest version of the self. This is why marriage is sacred; this is why union is so important. Relationships can become a sacred cauldron, a potent container for alchemical transformation if both people can remember it is so. And to all those who do, great rewards will be theirs! 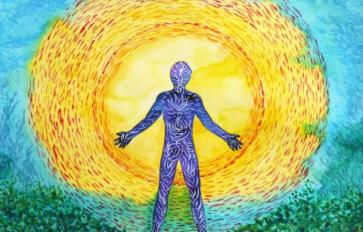 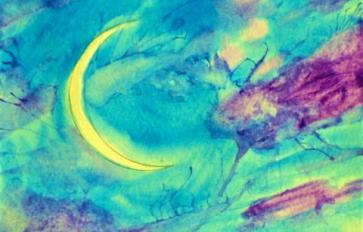 Read More
Astrology, scorpio, New Moon
Rise Like A Phoenix From The Ashes Under The Scorpio New Moon On November 7
by  Laurie Baum 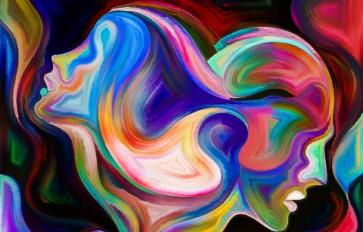 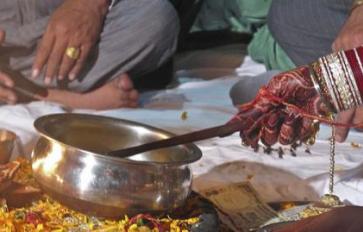 Read More
sattvic food, pitta, kapha
For the Love of Ghee: Everything You've Ever Wanted to Know
by  Stasia Bliss