4 Roots To Harvest This Fall 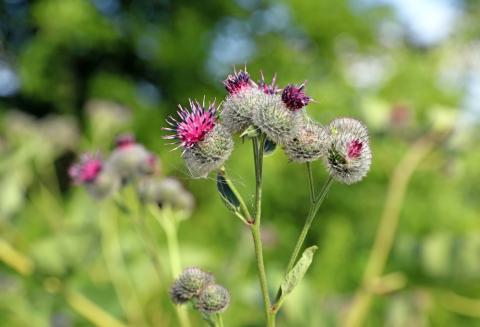 I woke up the morning before last and it felt like autumn.  Sure, it’s still quite warm during the day here in Durango, but something about the light and the cool morning air signaled the imminent arrival of the colder months here at higher elevations.

When gathering plant medicine, time of year is sometimes important to the quality of the medicine, with fall and spring being the most common time for root digging.  Why do folks gather roots at certain times of the year?   It’s often related to the chemistry of the root during a particular season, or to other aspects of the plant’s lifecycle. For instance, a biennial plant (they usually live 2 years), dies off after blooming the second year. The plant is sending all of its stored energy from the root up into the flowers for a last hurrah, so the root medicine will be weak if harvested then.  The root may even be disintegrating by the time the plant’s in full bloom.

Many herbalists like to harvest seasonally because the energy of the medicine is different depending on time of year. For instance, one collects roots in the spring when they want to capture the rising, flowing and uplifting energy of this time of year. After winter dormancy, the sap in the roots is starting to flow back up into the plant as the plant starts a new season of growth.  It’s not hard to imagine that this may be a better preparation for someone who is feeling down, stuck, or sluggish, whether emotionally or physically.

The fall is a different kind of energy. It’s about drawing down and grounding in preparation for the winter. The sap of the plant is sinking down into the roots, into the earth to prepare for overwintering, when, in fact, the roots aren’t dormant. They’re working to prepare the plant for emergence in the spring, just like the introspective work that is good for us to do this time of year is good for preparing us for the next year.  Fall is when we plant the seeds for spring.  Fall root medicine is good for those with frenetic lives—those feeling scattered or extended in too many directions—who need to slow down and do some more inward directed work.

With fall rapidly approaching, let’s get into those to look for that are common to many places.

I love this plant. Sure, it’s a weed, but mullein (Verbascum thapsus) is beautiful and supremely useful—for the environment as well…it breaks up hard-packed dirt, which lets other plants get a foothold (roothold?) and lets the rain penetrate better rather than just running off.  You may have heard this plant called “toilet paper of the woods,” but I don’t recommend trying it unless you want a bunch of prickly little hairs in your nether parts.

A Eurasian native, like mullein, burdock (Arctium lappa) has also made itself at home here in southwest Colorado and, indeed, all over much of North America.  The name arctium means bear, in reference to the appearance of the burrs, which you will be quite familiar with if you’ve ever brushed against burdock that’s gone to seed.

Yellow dock (Rumex crispus) is another common and fantastic weed. Just make sure where you are harvesting it is a clean area, as yellow dock readily accumulates heavy metals from the soil.  The “yellow” part of its common name is due to the yellowish color of the root.  Dock generally refers to weedy plants with broad leaves  (e.g., yellow dock, red dock, burdock).

Beautiful chicory (Cichorium intybus): the blue flowers practically glow as the twilight sets in.  Chicory is common along trails, on field edges, and along roadsides. Make sure if you’re harvesting your own to get it from a clean area (i.e., not from along a road).

All of these plants have deep tap roots that take patience to harvest.  Patiently digging medicinal roots, though, is not a bad way to spend an autumn afternoon!