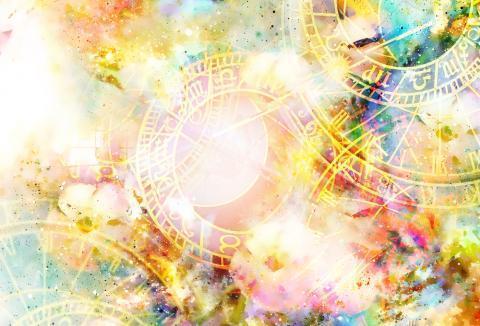 Let’s say that one is on a sports team and their ultimate goal is to win a championship.  However, the current incarnation of the team just doesn’t allow for this.  Let’s say that the necessary changes to be made and the only way for this to happen is to marginalize one’s input, recognition, and utilization.  Other people need to be brought in and new strategies need to be employed which will move the needle towards the goal, but comes at this self-detriment.  The only way for this to happen smoothly is for one to just accept the limitations of their own abilities, employ their efforts fully within these new boundaries, and embrace the new changes wholeheartedly.  An attitude of surrender would be the best effective mentality to accept these new changes and to be able to realign with the greater goal.

Sounds pretty simple and straightforward, doesn’t it?  Well, actually this is one of the more difficult situations to accept and healthily process in life.  This is a little something that I like to call an “ego death.”  This is where new situations and circumstances arise that completely undermine the original concept and belief structure that one has previously identified with.  The key to this is there is a natural part of the structure of the ego which is a desire to be infallible and to be right.  Typically, when new situations grind up against this structure, we are being forced into a place where we have to sacrifice a part of our ego and our identification.  The thing is, we may have become very attached to this identity and not want to part ways with and to let this part of our ego die.

This idea of ego death is what Sun and Saturn combinations can indicate.  This indicates times when new roles and limitations must be assimilated and dealt with.  But in consideration of attachment and identification when it comes to ego death, this can play out in a couple of different ways.  An important thing to note before moving on to more specific examples is that this is more of an internal hardship based upon external factors.  It is this internal struggle that is at the heart of this matter and is ultimately the result.  It’s just the ways of it manifesting that the interaction with external circumstances will differ.  With that said, let’s look at some ways this can play out.

There are different ways which one can try to deal with this change.  This can be through seeing it as what it is and accepting it and moving on.  I would call this the acceptance and surrender phase.  This is of the highest variety.  But typically there is some push back from the ego and a certain type of compensatory attitude may be evoked.  Using the previous team example, the affected individual may make a big fuss to his manager and higher-ups where he threatens to quit the team or tries to block the change because it marginalizes his perceived value.  Another part of this spectrum could be where the individual feels defeated and doesn’t want to try anymore and wants to sabotage the team with the lack of effort.  In both examples, the individual is going against the changes and loses sight of the bigger picture of winning a championship.

Whereas these are just two examples of a myriad of possibilities, these outline two of the more prominent psychological facets of this combination that can occur: that of egotism and that of self-esteem issues.  The events that will occur at this time will tend to trigger the response that each of us typically employs when dealing with ego death.  Basically, the two polarities here are of exaggerating one’s importance to others, especially towards authority figures, or of feeling like one is not important at all.  Both of these create a sort of sabotage that comes along with them because, like I mentioned previously, the link with the overarching goal and ambition is lost.  It’s like the small situation obscures the big picture.  This is extremely important to keep in mind at this time.

How to Actually Win

Like mentioned earlier, the best attitude to apply here is that of surrender.  However, this is so much easier said than done.  In practice, we typically just revert back to our previous methods of operation when we face a challenge to our ego.  It is very easy to stay in this place and just blame others and to assume the role of the victim.  In fact, there is a certain seductiveness of victimhood that has a way to pull us into our cloaks of compensation.  This is a time, especially if you’re not actively engaged in an ego death battle, to assess what your cloak looks like and to go over past experiences and observe what has been your modus operandi.  Surrender can be found only if the compensatory process is understood and appreciated before the triggers occur.  So, take this time to measure out your cloak and to see how it fits.  Even with winter afoot, it may be best time to shed the cloak and get yourself measured up for a vest of surrender.  While not practical for the weather during the holiday season, it’s sure a heck of a lot more comfortable garment for the conjunction of Sun and Saturn.