3 Herbs That Protect Your Liver From Cancer 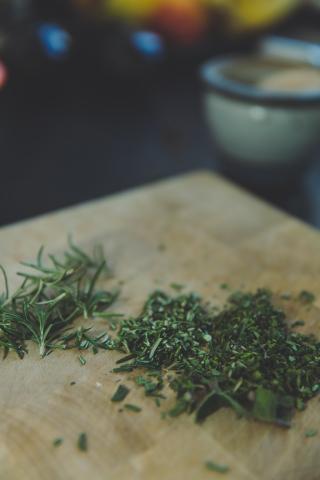 Liver cancer is the third leading cause of cancer-related deaths in the world. The liver spends all day and night detoxifying the chemicals that enter our body. Over time, the liver can become exhausted, which allows toxins to build up inside of it and cause damage to cells. This article describes three herbs that have the potential to prevent and treat liver cancer.

The root of Panax Ginseng, known as Zhu Zi Shen in traditional Chinese medicine and Rhizoma Panacis Majoris to scientists, contains various chemicals that stop cancer. A recent study found another chemical in Panax Ginseng root that also adds to this herb’s anti-cancer prowess. DCIVa, which is short for a terribly complicated name (Deglucose chikusetsusaponin IVa), causes human liver cancer cells to freeze right before they are ready to divide into two cells. This chemical allows cancer cells to copy their DNA and internal compartments, but springs to action right when the cancer cell is ready to split into two. Scientists found that DCIVa caused the DNA inside cancer cells to crumple and break into chunks, so the cells freeze in the process of dividing in hopes of repairing the damaged DNA instead.

Milk Thistle has been used to treat liver problems for 2,000 years. The active chemicals that are responsible for its protective effects are a family called Silibinin. Milk thistle prevents human cancer cells from growing, but also exerts its effects on cells that have yet to become cancerous. This herb makes liver cells strengthen their walls. It also causes liver cells to produce more enzymes that break down toxins. In total, it helps damaged parts of the liver to regenerate into healthy cells.