Sunscreen Safety: What You Need To Know 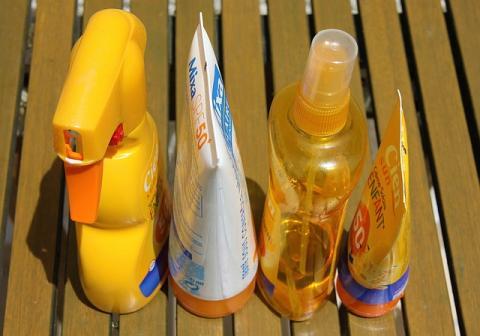 It’s that time of year! The weather is gorgeous, the sun is blazing and you reach for that bottle of sunscreen with the intention to protect your skin and prevent a justifiably dreadful sunburn. But what is in that sunscreen you are slathering all over your body? Many people make the mistake of assuming that because a product is allowed to be publically sold and distributed, that it is safe for both the environment and our bodies. While this would be the case in an ideal world, it simply is not the way current government regulations operate. In fact, despite proven damage to both the human body and the environment (specifically bodies of water and the ecosystems within them) there are still over 3,500 sunscreen products distributed worldwide containing these harmful chemicals.

Oxybenzone, also known as benzophenone-3, is one of the most common active chemical ingredients in sunscreen products on the market today. While inadequate in skin protection when used alone, it absorbs UVB and short UVA rays and is therefore generally used in combination with other chemicals in both sunscreen and cosmetic products. Despite the FDA’s approval of it as a safe and effective sunscreen ingredient in concentrations up to 6% and the EU Cosmetic Directive assessing it as being safe in cosmetic products up to 10%, the chemical’s use in skin care has been banned in various other countries, including Sweden. Oxybenzone is extremely infiltrating to the body because it is the most lipophilic (ability to absorb into fat) of the three most common UV filters used in sunscreen, also including Octocrylene and Octylmethoxycinnamate. In a study where a group of individuals applied sunscreen containing Oxybenzone, urine samples taken 4 days later all contained noticeable traces of the chemical which insinuates the body’s capacity to store this harmful substance. For children, especially, this can be extremely harmful because their bodies have not fully developed the enzymes needed to break chemicals such as these down.

Considering that our skin functions as our largest digestive organ, there is no validity in labels that suggest “for topical use only.” The skin absorbs everything it is exposed to and digests it into the body. So how do chemicals such as these affect the health of our skin and body? Oxybenzone is actually shown to cause photosensitivity and as a photo carcinogen, it increases the production of harmful free radicals and attacks DNA cells. The knowledge of this has linked it to a rise in Melanoma cases among sunscreen users. Additionally, some conducted studies have shown the chemical to behave in the body similarly to the hormone estrogen, suggesting it may increase the risk of breast cancer. Other studies have discovered connections to increased cases of eczema and allergies.

Aside from being proven to be damaging to the human body, these chemicals are, without a shadow of doubt, detrimental to the environment and to oceanic ecosystems. Between 6,000 and 14,000 tons of sunscreen are found in coral reef environments each year that have washed off of ocean swimmers. These reef structures are far more vulnerable than most people are aware of: in fact, extremely low concentrations (1 drop of Oxybenzone to an Olympic sized pool) are enough to bleach or even kill coral. An additional problem here is that the majority of the ingredients in these harmful products are chemicals and preservatives that are not biodegradable. High levels have been found in coral reef environments throughout the world, especially near tourist locations, and have been directly linked to their health decline. Not only do chemicals such as Oxybenzone eat away at the coral’s protective algae layer but it is also believed to be what is known as an ‘endocrine disrupter’ essentially causing baby coral to encase itself in its own skeleton and die off.

Why are coral reefs so important? They serve many purposes for the environment, including protecting coastlines from storms, and they are one of the primary sources of nitrogen and other nutrients consumed by marine life as well as serving as a fully functional habitat and spawning ground for many ocean organisms. The destruction of a reef structure may lead to the extinction or decline of marine life essential to the ecosystem, which in turn affects the entire food chain.

There is still hope, however, and making conscious choices when it comes to the products you purchase makes a much more significant difference than you may realize. 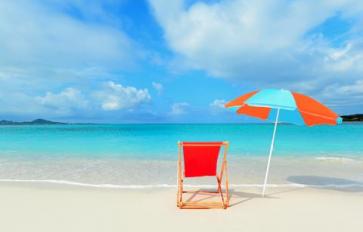 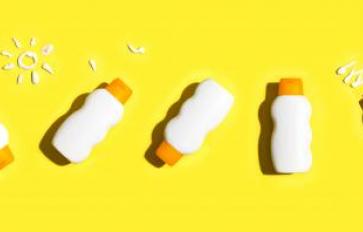