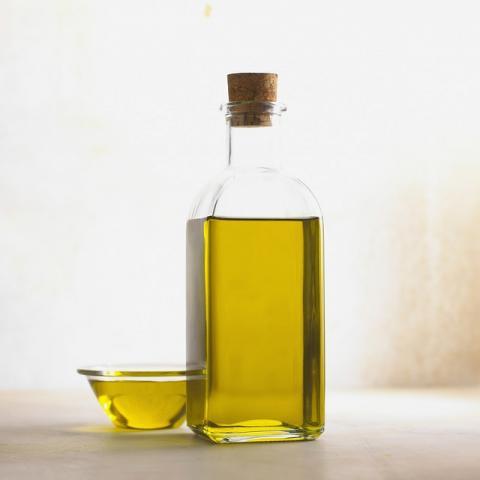 Canola oil is a manmade product created in Canada. According to the U.S. Canola Association,

“Canadian scientists used traditional plant breeding in the 1960s to eliminate the undesirable components of rapeseed and created ‘canola,’ a contraction of ‘Canadian’ and ‘ola’. Canola oil is prized for its heart-healthy properties with the least saturated fat of all culinary oils.” The small seeds, about the size of poppy seeds, yield about forty-four percent oil.

The Canola Council of Canada, formerly the Rapeseed Association of Canada, states that while the development of the canola plant from the rapeseed plant was created through traditional breeding techniques, today approximately eighty percent of canola grown in Canada has been modified using biotechnology to create a plant that is more tolerant to some herbicides.

It is important to note that rapeseed oil is used to lubricate industrial machinery. It is an inedible oil containing erucic acid: a fatty acid that caused heart damage in some rat studies, and glucosinolates, a bitter compound that makes the oil taste bad. The Authority Nutrition, an evidence based approach, is more skeptical about the product. These two entities have been removed from the rapeseed to make canola oil. However, it is not clear how the processing of the organic canola oil differs from the same industrial process of heating and chemical additives to remove odors as the conventional canola oil.

The processing procedure for conventional canola oil uses a combination of high temperature mechanical pressing and solvent extract that is found in the oil after filtering. Also part of the process is bleaching, degumming and deodorizing. These procedures can alter the omega-3 fatty acids.

Canola oil is inexpensive to produce and used in a majority of the production of processed foods. It is high in beneficial monounsaturated fats containing a balanced ratio of omega-6 and omega-3 fats. However, like most processed oils, it is low in nutritional value, but it does contain a large amount of vitamins E and K. Further, the U.S. Canola Association  states that, “Canola oil is the healthiest of all commonly used cooking oils. It is lowest in saturated fat, high in cholesterol-lowering mono-unsaturated fat and the best source of omega-3 fats of all popular oils.”

Olive oil, peanut oil, sunflower oil and most of the oils found in health food stores are cold pressed from the fruit. They are expensive because the demand is greater than the capacity to produce the oil. Canola seed is a productive and easily grown crop that must go through extensive processing to produce the oil.